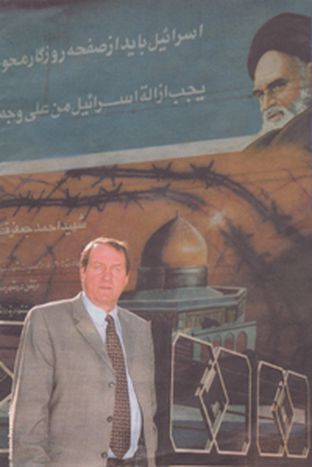 As the nuclear crisis deepens, isn't it time that Europe put aside its differences with Iran's opposition party, asks MEP Paulo Casaca.

As the nuclear crisis deepens, isn't it time that Europe put aside its differences with Iran's opposition party, asks MEP Paulo Casaca.

"Anybody who recognizes Israel will burn in the fire of the Islamic nation's fury. There is no doubt that the new wave of attacks in Palestine will soon wipe off this disgraceful blot from the face of the Islamic world."

These were the words of Iran's president, Mahmoud Ahmadinejad, in October.

Not since Nazi Germany has humanity seen a government declare such a "final solution" against a race of people. It provoked a shocked reaction from the European troika (Germany, France and Britain), whose appeasement policy

towards Tehran has so far reinforced the Iranian regime.

President Ahmadenijad was not saying anything particularly new. His words were a direct quote from Ayatollah Ali Khomeini, the founder of Iran's Islamic revolution.

The statement is even visible in a corporate magazine of the Norwegian oil company, Statoil. A unwitting company executive smiles in front of an enormous picture of Khomeini in Tehran Airport with the words 'wipe Israel from the face of the Earth' written underneath in

While the magazine editors are not familiar with either of the languages used, it is true that the company has reacted little to evidence published by the United Nations and Amnesty International (see links below) of what can only be described as ethnic cleansing by the Iranian authorities of the Ahawazi people in the South-Western region of Khuzestan.

Khuzestan is a strategic area for oil as well as military operations were Iran to choose to invade Iraq. The Iranian opposition, the People's Mojahedin Organisation of Iran (PMOI), has denounced the activities as an atrocity. But the EU and the US have labelled the PMOI a terrorist organisation. It seems odd to expect the oil industry to take a humanitarian stance against the allegations when the international community has recognised the atrocity, perhaps because it does not like the official opposition.

While it may be appropriate for the President

of Iran to remember Khomeini's commandments in front of a fanatic crowd, doing so in front of international observers certainly was not. And it can only hinder Iran's long established policy of Taqyia (dissimulation) and bring on further objection to its 'peaceful' nuclear

Ayatollah Khamenei's desire to forget the policy of Taqyia, and for Iran to have a more candid spokesman seems to have been fulfilled. We should be worried. While Taqyia was necessary as long as Iranian leadership needed Western cooperation to tackle Taliban rivals in Afghanistan and to prevent Iraq from pursuing a program to develop weapons of mass destruction, the situation is quite different now.

By being more open in its Islamic agenda, Iran is capitalising on radical Islamist public opinion. The Western world faces the difficult decision of whether to respond with the threat of military force, particularly if the

country does not stop its nuclear program.

But there is an obvious alternative. We should recognise and support the main opposition, the PMOI, instead of treating it as terrorist group. And Europe and the US should also oppose the ethnic cleansing of the Arabian minorities from Khuzestan - the province where most of the Iranian oil comes.

It is also important to prevent Iran expanding its influence in Iraq and Lebanon, and Palestine. In Europe, as well as in most of the Middle East, the challenge now is to fight a different type of Jihad that takes the form

not of bombs, but of propaganda and the ideological infiltration of the politics, economics and universities of the West - our democratic centres of power.

Iran is the number one promoter of Islamic fanaticism in Europe and the Arab World. At the same time it has lobbied for favours from Western politicians and conducted campaigns against those who oppose its policies. No longer can this be tolerated.