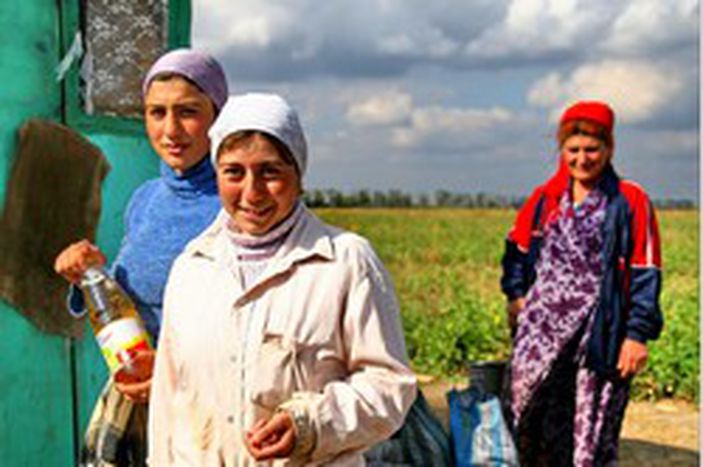 Ahiska: exodus into the unknown

Three years ago the Ahiska/ Meskhetian Turks resettlement programme began, from Russia to the USA. But what is in store for those who haven’t made it over the Atlantic?

According to the French philosopher Jacques Rancière, democracy is a scandal which shakes all societies: the rich, powerful and wise make every effort to preserve their privileges and to sort everyone and everything into the appropriate boxes in the existing order. Democracy begins at the point at which those excluded begin to speak, demanding a place in the society which excludes them. Democrats are woodworms in the supporting beams of established order. The Ahska Turks from the Krasnodar area of southern Russia, known in the media as 'Meskhetian Turks', are excluded but refuse to keep silent. On 13 July a good fifty people gathered for a roundtable discussion in Krasnodar with the theme ‘Refugees and/ or Migrants: three years after the first departure of Meskhetian Turks for the USA.'

After many years of preparation, a special programme was begun in January 2004 to resettle the Ahiska from the Krasnodar area to the United States. For the older members of the 11, 215 strong group of resettlers, this was the third exodus to an unknown country in their lives. The programme ends on 1 October this year. Not all Ahiska have made it to the USA, and are living for the time being without security and without rights.

Expulsion and the American Dream

The history of the 300, 000 Ahiska in the 20th Century is defined by flight and expulsion. Until the Second World War they lived as Turkish-speaking Muslims in the south of Georgia, in the Meskheti area on the border with Turkey. In November 1944 Joseph Stalin had 90, 000 of them deported to the Fergana valley in Central Asia, mostly to Uzbekistan. Because of their proximity to the Turks, they were considered an ‘unreliable people’ in the Soviet Union.

Until the second phase of perestroika in the late eighties, they had no possibility of returning home. In the years 1989 and 1990 bloody confrontations occured of nationalist origin, in which around 100 Ahiska died, and more than 1, 000 were injured. The second emigration began: 20, 000 Ahiska fled from central Asia. The Soviet administration feared further clashes in the event of a return to Georgia between the Ahiska and the local population. They were sent to the middle of the Russian Federation. Many Ahiska, however, did not adhere to their allocated homes, and moved as close as possible to their old home, barred to them, in Georgia: they moved to the Krasnodar area of southern Russia.

Here, or so Vadim Karastelev of the Novorossiisk Committee for Human Rights says at the round table, they lived excluded from society, and experienced discrimination from the authorities. Despite laws to the contrary, many were refused Russian citizenship. In Russia there is compulsory registration of place of residence. Without citizenship the Ahiska were unable to register. Without registration, the children cannot attend school for free, like Russian children. Without registration the police hand out fines to all ‘non-slavic’ looking people at the frequent identity checks.

By 2004 Karastelev and his colleagues at the Novorossiisk Committee for Human Rights had succeeded in setting up a programme with US representatives by which the majority of the Ahiska could move from the Krasnodar area to the USA. 18-year-old Mustafa Konniev was able to move two years ago with his parents and his brother to the US state of Arizona. Visiting relatives in the Krasnodar area, he reported to those taking part in the round table about his experiences: 'In America a special manager helped with all the documents, with the school and finding work. Now I’m in the 12th grade of the Cortés High School in Phoenix. If I get good results I want to be a banker or a lawyer.' Something which he particularly likes is the fact that 'in America, everyone is equal. In Russia I was the only non-white person in the school and was humiliated by the Russian teacher.'

Today around 2, 000 Ahiska haven’t made it to the USA. They carry on living in the Krasnodar area. Some wanted to stay, others were refused by US authorities. Among the latter group is 31-year-old Kamila Lamidze, who took the opportunity at the round table to turn to adminstration representative Vladimir Nikolaevich Koshel: 'We were told: you’ll only get citizenship if you buy a house. If the house is in your name. We live in a flat, though, and we haven’t been registered. How are we supposed to live? Tell us.' Koshel made a note of the woman’s name. Meanwhile, Mrs Lamidze has other concerns than the registration. Her parents, both her brothers and her sister live in the USA. She stayed behind with her six-year-old son. The family is important to her, she wants to follow them to the USA. Until now, though, she is only being refused. Lamidze is at a loss: 'We don’t know who to turn to.'

A private discussion takes place after the round table between Karastelev and the Ahiska. Here for the first time can they discuss what to do next without fear: which documents they can gather, to make use of the small chance they have to use exceptional rules to emigrate to the USA, even after the end of the offical programme on 1 October. The straw they are clutching at is called ‘hope’. 'We are placing our hope in the Committee for Human Rights,’ says Kamila Nadzira. A hope, that is at last directed at one place in the world, where the Ahiska will have the most basic of human rights recognised: the right to have rights.