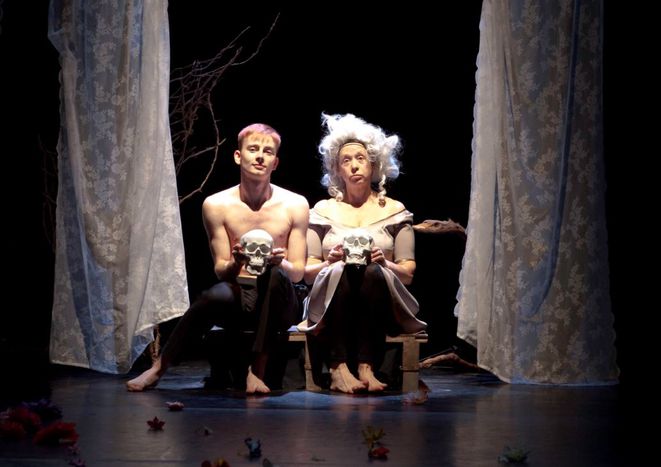 An emblematic figure of object theatre, Agnès Limbos granted Cafébabel an interview after a performance of her play, Conversation with a Young Man [Conversation avec un jeune homme], at Théâtre des Martyrs in Brussels.

From the instant it begins, Conversation With a Young Man immerses us in a romantic yet somewhat uneasy atmosphere that flirts with fantasy. The two-character play was written by Agnès Limbos, and features Limbos herself and a “young man,” played in alternation by Taylor Lecocq and Samy Caffonnette.

Cafébabel: Agnès Limbos, as an actor, director, and central figure of object theatre, how would you define it to the uninitiated?

Agnès Limbos: Object theatre works with objects, but not in a puppet-like way. The object becomes a source of inspiration; it is moved rather than manipulated. There isn’t a puppeteer behind the object, but an actor who breathes life into the object.

Cafébabel: What is the main function of the object in this kind of theatre?

Agnès Limbos: The object can have a metaphoric, symbolic, or even evocative value. The goal is to reveal the object by activating spectators’ imaginations. The objects are simple, and easy to identify with no ambiguity.

Cafébabel: You also wrote this play. Did the object come before the story, or was it added in after writing the play?

Agnès Limbos: The object came first. It’s all encounters with the object.

Cafébabel: I read in one of your interviews that it’s the object that chooses you, and not the other way around.

Agnès Limbos: Exactly [smiles]. I have a lot of objects at home; I’m a real gatherer. I put the ones I’m most obsessed with on a shelf, and when the obsession gets to be too much, I start working. 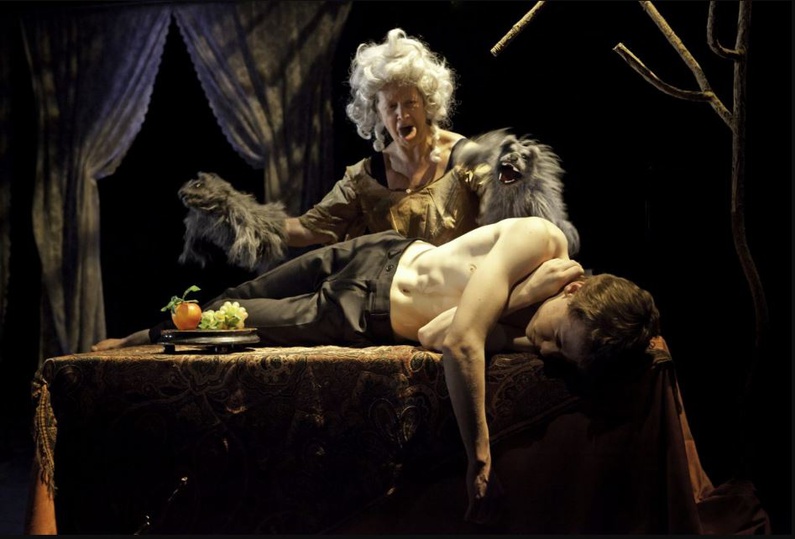 Cafébabel: Conversation With a Young Man takes the form of a fairy-tale. In this fairy-tale we hear a wolf and even seem to see him a few times. What does he represent? The passage of time? The tragic nature of life?

Agnès Limbos: It’s all of those things. At one of our performances in France, a mother who had brought her child told me, “Really the wolf represents all of our fears.” But it’s also the dread of aging, and of the dangers that surround us. We’ve been warned since childhood that there’s a wolf out there. “Watch out for the wolf, watch out for the wolf.”

Cafébabel: Doesn’t your play also tell the story of the clash between the carefree youth of the young dancer and the seriousness of life?

Agnès Limbos: Yes, I was going for that contrast, but I also wanted to build a bridge between the two. In the beginning I wanted to talk about old age, both the beliefs that become immutable with age and the weirder side of aging. My son [Samy Caffonette], who studied at the Ecole Royale de Ballet d’Anvers, told me, “You need a young body to express all of that.” That’s how the creation of this play began. It’s also a shout-out to youth. And to really show old age, the contrast between the two actors had to be striking.

Cafébabel: One last question, Agnès Limbos: Society today is overwhelmed with news that is frequently upsetting. In that context, what do you see as the role of the artist? Should art comfort us, or rather remind us of the fragility of our own existence?

Agnès Limbos: The role of the artist is paramount, because it can reveal certain things about society. It is our role, as artists, to talk about serious things, but with a certain lightness. A society without art is a dying society. What’s more, art can play a major role in a person’s life. I often bring up the example of the woman who, back in the days of concentration camps, made little puppets out of breadcrumbs. Every day, when the other women in the barracks came back from working, she told them stories. At night, they came together to listen to her stories. In the midst of all that horror, it helped them stay alive. 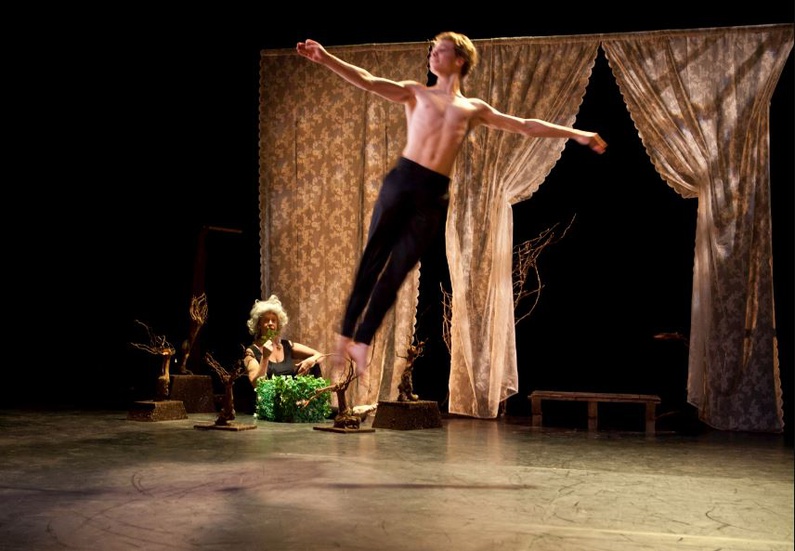