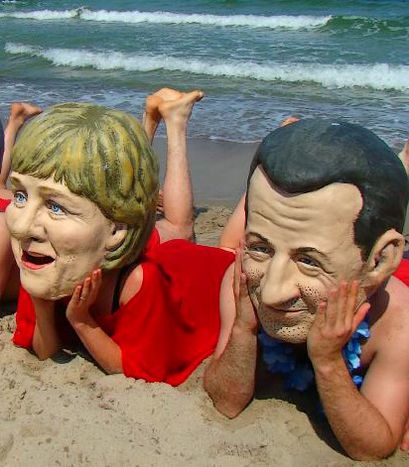 Agenda 2020: 'France and Germany love each other'

At a meeting of the Franco-German minister council in Paris, French president Nicolas Sarkozy and German chancellor Angela Merkel passed the 'Agenda 2020', which comprises 80 joint projects aimed at bringing the two nations closer together once more. A desirable goal, French, German and Czech commentators say, while also noting that the agenda could offer more

'No other comparable partner for Germany' - Süddeutsche Zeitung, Germany

The German-French Agenda 2020 lacks a lead project to give it direction, the left-liberal daily warns: 'Both foreign policy and defence offer the chance to merge the countries' armaments industries, nearly to the point of building a single army. A major pitch would probably net Sarkozy, but Merkel prefers taking many small steps. Still, both consider pathos and pragmatism important in order to secure the role of Germany and France as pacesetters for the flagging EU. The chancellor wants to avoid the appearance that Berlin and Paris are shutting out other states. But the fact remains that there is no comparable partner for Germany. Great Britain is too sceptical of the EU, Russia is too nationalistic and undemocratic and America is too busy with itself and China' 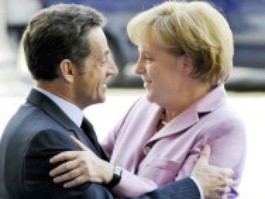 France and Germany are Europe's uncontested pioneers, the liberal daily writes in its commentary on the meeting between the two in Paris. But the paper notes that cooperation between the two could be improved: 'France and Germany love each other, and the gaps between them are increasingly being filled in. Their scientists work on joint projects, the students learn from the same books and engaged couples can marry without wading through a sea of red tape. But this love also has its limits. Merkel's response to Sarkozy's proposal of a joint ministry was restrained. Nor would German voters like it if the French had a 'spy' in the German government. But the results of the summit are nonetheless surprising. The ministers of both sides will no doubt be seeing more of each other, even if 'by invitation only'' (Kateřina Koubová)

The concept of a common minister was rejected. But the challenges of this partnership can and must be handled differently, writes the regional paper: 'Too bad the symbolism lost out. But in the end, the exchange between Paris and Berlin will take a new path anyway. At a time when Americans are primarily looking toward Asia, and developing countries are demanding a role in international negotiations, this exchange [between France and Germany] is essential. Personal relationships are less important than economic connections between the two countries. Nicolas Sarkozy and Angela Merkel are knocking themselves out to make it work, just like Jacques Chirac and Gerhard Schröder were finally able to have a meeting of the minds only after a difficult start. The French would be mistaken to fear the power of their neighbour. Given the fact that the rest of the world isn't holding back to wait for Europe, the imbalance is not a threat' (Chantal Didier)