After the Lockdown: The media impact on Molenbeek

A Molenbeek resident presents his take on the aftermath of the Brussels Lockdown, and the media coverage of the district during the event. Economic and social difficulties – caused by the media narrative – will exist long after the papers have forgotten the story. Opinion piece.

“Really? You live in Molenbeek?" asks the journalist, as I hurry home through the rainy streets, "Aren’t you scared? You look scared!"

"No, I like it..." I reply, leaving the press behind me in the pouring rain.

I head to my warm flat in Molenbeek, overlooking the canal, the skyscrapers of the Nordwijk and the police patrolling the streets.  “Does this signal the end of ethics in journalism?” I ask myself, feeling negative about how the media is misrepresenting my neighbourhood.

Most important foreign newspapers carry a front-page article about the “curfew”, or the “state of terror” in the “ghost city” due to this “very dangerous” neighbourhood which is a “haven for terrorists” due to “Belgian (political) dysfunction”.

The majority of these stories feel emotional in scope and dry in substance, concluding that they hope that the population can soon "go back to their daily routines". Are they aware of the effect their coverage is having on common people, living in the “lockdown”?

During this period – from the 21st to the 25th of November – many Bruxellois spoke of journalists ironically:  “I was not bothered much by this circus,” says Filip, a Flemish photographer living in Molenbeek with his Schnauzer.

Other people were equally sarcastic, making fun of the articles, and of their parents calling to find out more about the situation. Despite the fact that it is difficult to work whilst receiving tonnes of daily messages from loved ones, life goes on. 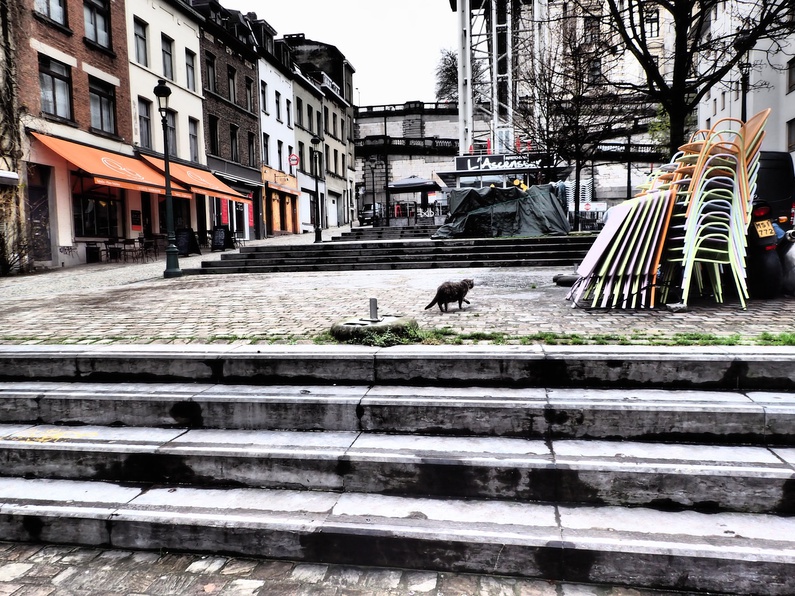 “I don't know if I was disappointed or upset,” says Clementina, an Italian designer living in central Brussels, from her flat 1,000 metres outside of Molenbeek. Other residents jump directly to the darker aspects affecting their daily routines.

“The continuous flow of information from the news and newspapers – that totally lacked context and perspective – led to a panic reaction for a big part of the community," comments Taïs, mother of one, "I myself spent way too much time on the internet following all the updates on the situation. That only fed my fear.”

Taïs explains how these factors only added to the repercussions of the security measures that impacted households with children who were stuck at home because schools and nurseries were closed.

Plenty of room at the inn this Christmas

Gert was born in Belgium, works as a lawyer and has a flat for rent on Airbnb. He is particularly critical of the comments about his country coming from the rest of the “Western world”.

“America should not be the one moralising us when you see all the shootings and terrorist attacks they have on their territory," he argues, "Terrorism and violence have no borders. It is time we really try to tackle the problem at an international level. Calling Belgium a failed state is really not OK.”

He explains that he had three bookings for the period covering the 10 days between the 26th of November and the 3rd of December. They all changed their plans: "I don't expect other immediate cancellations, but I also haven't seen new reservations the past few days.”

However, in the coming weeks, the bad image of Brussels will hit these businesses even harder. People who had not yet made their booking are now less likely to do so.

“Look at this Excel file,” says one hotel worker, showing me the empty spreadsheet for December. According to the man – who asked to remain anonymous – there are 60-70% less bookings than during this period last year.

Over-reporting has also not helped Brussel's renowned Christmas markets. As well as raising legitimate doubts for readers, the race for a catchy headline has played a role in scaring tourists off, and spreading fear amongst residents.

Every cloud has a silver lining...

“This episode made me question how media report other events,” says Luis – a Portuguese banker living in Molenbeek – remembering an afternoon when there were more journalists than policemen on the street around the corner from his flat. Despite this sense of disillusionment towards journalists, some people had a different attitude to the five days of “lockdown”.

“I loved it. I could sleep in! It felt like a weekend,” said Harald – the owner of two of the most popular bars in Brussels – in reference to the suggestion by the government that he leave his cafés closed during the period of highest alert. 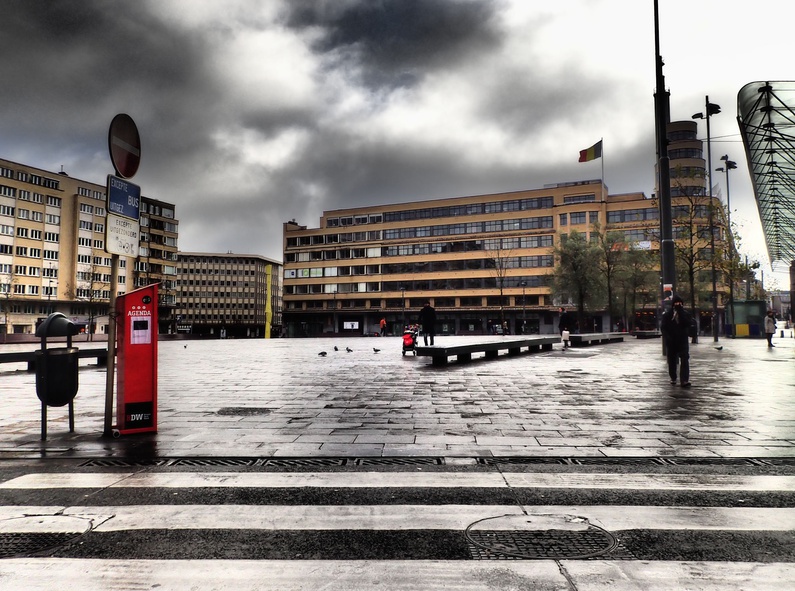 Remembering his childhood, he says he felt a bit like those schoolchildren who couldn't go to school because of heavy snow. A welcome unexpected holiday – despite the invasive sirens, police cars and financial repercussions.

Indeed, there is a silver lining behind the difficulties yet to come. People sleep better in their quiet houses, in what is currently one of the more protected places on Earth. There are less people on the roads. Gone are the usual puke stains littering formerly busy squares. For once, the city is unusually free from dirt. Brussels is cleaner and safer than a month ago, though residents are coming to terms with the fact that there is not such a thing as complete safety.

Journalism is not the only casualty

If journalists and intellectuals are overly concerned with one problem – criticising the government and police in a moment they are trying to get a handle on things –  it's going to be an annoying hindrance instead of helping solve the issues.

The media system that targeted Brussels was one-sided, at times bordering on eye-popping psychological terrorism itself. The situation was not so black and white, and thus some forms of journalism could be considered a casualty of the Brussels’ “lockdown”.

As a result of the “media circus”, talk of terrorism got into the head's of journalists, residents, and tourists alike. Now, the streets are slowly going back to normal, and Brussels is disappearing from the front pages. But the recent mix of factual and inflated news may contribute to a bad winter for hotels and owners of other local businesses. They could soon be the innocent victims of an unjustifiable media coverage that distracted, distracts, and will distract tourists away.