After four years of unbridled austerity, on October 4th, Portugal went to the polls on its first post-bailout government. With a national total of 43% abstaining, the Portuguese people elected the very same right-wing government – the coalition between PSD and CDS-PP, though with a relative majority.

The right-wing coalition won the elections with 38.5% of the electorate, losing the legitimacy to unilaterally ensure its policies, due to an arithmetic majority from the left. As a consequence, Prime Minister Passos Coelho will be reliant on the opposition to be able to pass spending cuts, privatisation measures and raising taxes demanded by international creditors. Even though the "troika" has left Portugal almost two years ago, by sticking with the same government, the Portuguese people are set to see more belt-tightening, to pay back its €78 billion rescue to creditors in Brussels and the IMF. “The result shows that a policy of success can have a good chance of being accepted by much of the population, that’s encouraging,” said German Finance Minister Wolfgang Schäuble. “It won’t be easy to form a government,” he pointed out.

The overall picture of the electoral night reflected a weak victory of the right-wing coalition, a defeated Socialist Party and a victorious Left Bloc – reaching the highest results ever (10.2%) and more than doubling the number of deputies (19). The Communists/Greens summed up a total of 8.3% of the votes. As for the Party of Animals and Nature (PAN), for the first time they were able to elect a deputy, with 1.4% of the electorate. A sad fact that can’t go unnoticed is the highest level of abstention in the country, at 43.07%, raising the question of whether we are living in a representative democracy or not. Paul Ames wrote in POLITICO that Passos Coelho’s victory was “hailed [in Berlin] as a sign that adopting German-prescribed austerity doesn’t have to mean alienating voters.”

However, this aftermath sends a strong message to the Portuguese government. The relative majority is the reflection of the remaining discontent of the people, who decided to disperse the votes throughout the left – Left Bloc, Communist Party/Greens and Livre/TDA – hence contributing to the defeat of the main opposition, the Socialist Party. This could have a positive impact on Portuguese political representation, if the left decided to sit at the table and reach a consensus. But this scenario seems very unlikely, as the Left Bloc and the Communist Party have openly invited the Socialist Party to hold talks, envisaging a possible alliance, though with no apparent signal of reciprocity. Catarina Martins, Bloc Left leader, said that in order to prevent the right from staying in power, António Costa should make the right decision and join the Left Bloc and the Communist Party.

Also, former MEP and current Livre/TDA leader Rui Tavares urged an end of the so-called “governance arc”. Likewise, the feeble coalition headed by Passos Coelho has manifested its interest to holding talks with the Socialist Party, while President Cavaco Silva addressed the Nation on Tuesday evening, expressing his support for PM Pedro Passos Coelho to form a government.  This was a very criticised move from the President, condemned as “hastiness and institutional disrespect” for calling upon Passos Coelho while the results of the Portuguese emigrants throughout the world are still unknown. 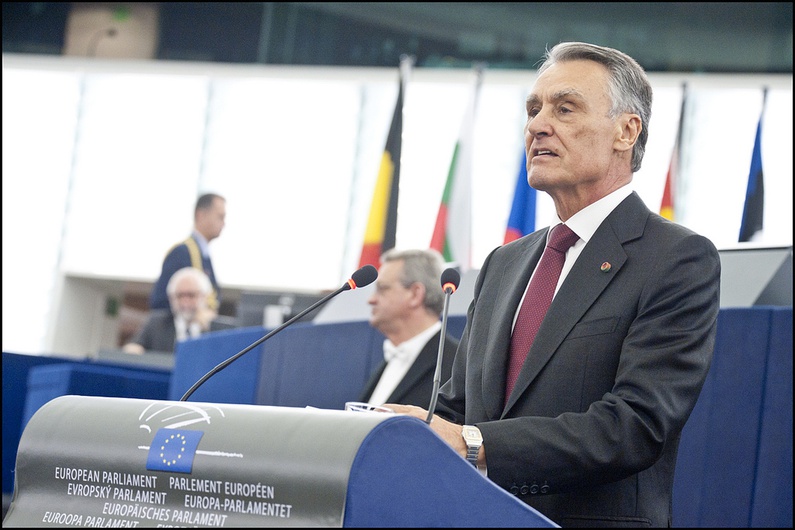 Cognizant of his party’s fragility, the PM opened up to “indispensable compromises” should the Socialist Party support the coalition in a minority government. As for António Costa, he is between a rock and a hard place; also defeated in the elections, he faces now an insistent decision-making from both left and right that might jeopardise his integrity. Nevertheless, there is no time to lose in order to reach an agreement regarding the budget treaty for 2016, which must be a priority to guarantee stability in the country. However, during the campaigning period, António Costa admittedly refused to vote on the budget along with the coalition.

Wednesday morning, after convening with the National Political Commission for the Socialist Party, Costa has revealed more information about the future government. “The mandate we have is to talk with all the political forces. This parliamentary framework is new and it requires of all of us a great sense of responsibility for the country. We will evaluate and try to find good programmatic solutions for the country” said the PS secretary-general, noting that he does not intend to leave out positions of the Communist Party and the Left Bloc. But agreements won’t be easy as all three Socialist Party, Communist Party and Left Bloc have proposed themselves to seek to accomplish quite different goals. Questions like the permanence in the EU and NATO are objects of great divergences amongst the left forces. Costa has, however, called for an easy consent of the minority government in social questions measures to be taken in the future.

According to the Portuguese National Institute of Statistics, the unemployment rate estimated for August 2015 was 12.4%. Issues like the increased retirement age, cutting of social benefits such as pensions and unemployment subsidies, and privatising national patrimony are major topics to debate in the near future. The secretary general of the General Union of Workers, Carlos Silva, has already demanded the restitution of all the extra taxes created by the government, following the Troika’s impositions on Portugal.