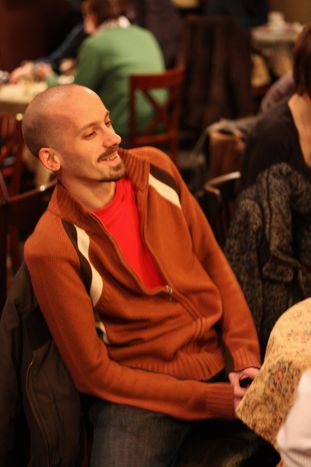 While the Hungarian government has been closing popular venues, the 4K! or fourth republic! movement has been attempting to reclaim public places through flash mobs and other actions. We meet the platform's coordinator

We sit down over tea at the cosy Castro Bistro in the centre of Budapest. The place is busy but the mood is far from revolutionary. Gone are the early days of January with the exchange rate of the Hungarian forint against the euro at record-high levels and rumours of impending bankruptcy. ‘Hungarian prime minister Viktor Orbán has waved a white flag at the EU,’ says András Istvánffy, a part-time communications expert. The 30-year-old is the co-ordinator of the 4K! civic movement, an activist platform which announced it would forming a left-wing political in October 2011.

The 4K! movement was started by a group of friends in 2007 out of a feeling of ‘general discontent’ but quickly grew into a free association of activists. The name, fourth republic, is meant to represent a wish to renew the country, and the core values of the movement are freedom, community and patriotism. ‘The crisis of the third republic, as we define it, started sometime after the Őszöd speech,’ argues András, referring to a recording leaked to the public in September 2006. In it, former socialist prime minister Ferenc Gyurcsány admitted to fellow party members that he had lied about the state of the economy to win elections. ‘The whole system of political institutions has lost legitimacy, and the republic has to be re-established,’ he continues. The aim of the 4K! movement was to organise community actions where people could ‘recapture public spaces and create something for themselves’. All community actions were created jointly by members of the movement, of which anyone could become an organiser. 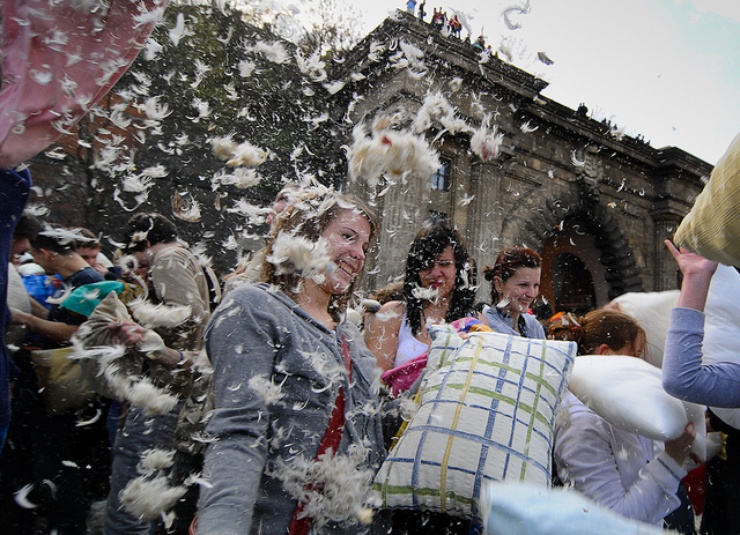 At first there were no politics or ideology involved at first; ‘people just had a good time’. However, the process of drafting a new constitution, started by the government last year, prompted 4K! to become more political and join anti-government protests organised by milla, the ‘one million for the freedom of press in Hungary’ group on facebook. ‘We think that fidesz (the leading party in the ruling coalition – ed) responded to a real public demand for a new constitution,’ the activist explains. ‘However, the way in which they started to write the new constitution indicated that it will have even less legitimacy than the original one.’

Now 4K! is in the process of establishing a social-democratic political party at both a grass-roots, local level and a national one, with the aim of participating in the next elections due in 2014. ‘4K! will not be a generational party,’ claims András. ‘We won’t start the way fidesz did, with an upper age limit of 35 for new members.’ So far the majority of people active in the discussion of the party programme are between the ages of twenty and forty, with a few over-50s. ‘Of course, we will put an emphasis on representing the interests and problems of youth. Young people in Hungary, as in all of Europe, face collective problems concerning jobs, housing and family-planning. This generation is forced to be more engaged in society, to achieve change collectively.’ 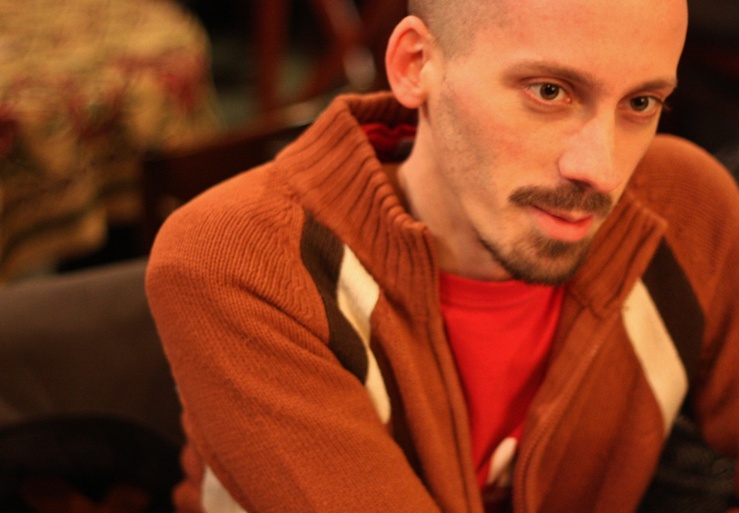 Historically, young people in Hungary have always been less interested in politics. ‘For example, young people who went to university tend to live in a bubble, as political issues didn’t directly affect them,’ remarks András. ‘However, the current government’s actions will make young people more politicised.’ Young people are experiencing first-hand the effects of government policies such as the closure of popular venues and a new higher education law according to which students on state-funded scholarships have to sign a contract obliging them to work in Hungary after they graduate.

‘Who would want to become a politician at twenty?’

Meanwhile, social media means that indignation and ‘scandals’ spread much faster than they used to. ‘Now that everyone posts about their anger, it is in your field of vision even if you're not interested,’ says András. ‘We have had a permanent protest culture here since 2006. It has become normal to protest about issues which affect you. When you're active in civil society and NGOs, after a while you see the limits of this activism. Then it's a personal decision whether to go one step further.’ Nonetheless, social activism as a skill and experience is very important to András. ‘Who would want to become a politician at twenty?’ he asks, pointing out that young people who join established political parties have ‘less freedom to experiment', adapt to an existing organisational culture and behave just like senior party members. Asked about important characteristics for a politician, András mentions self-discipline and self-knowledge, which are ‘probably the same qualities that were necessary a hundred years ago’. Other than this, you need to ‘believe in society, that things can be changed, that we as a society are capable of achieving more.’