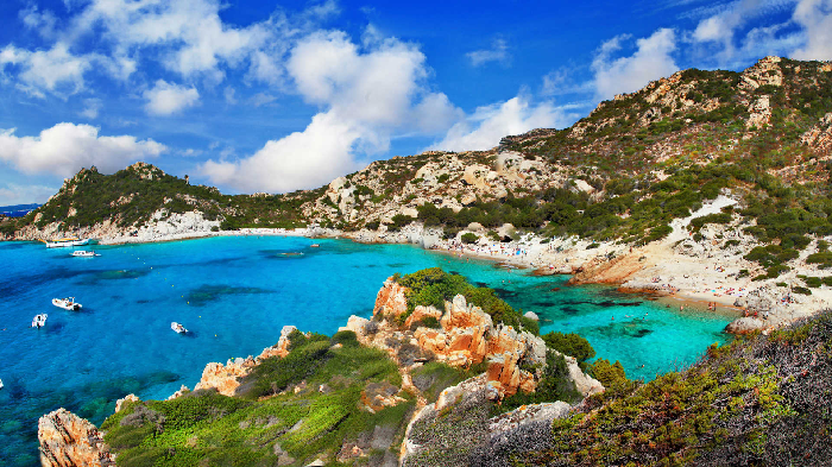 A view of Sardinian Culture and History

A view of Sardinian Culture and History

Sardinians in the main are generally known as friendly, warm and have the real passion in their heart for their island. This is demonstrated in the culture and given them a strong sense of tradition and love to gather together in a strong bond while they very much enjoy good food and love festivities. The island hosts year-round festivals and events which are traditional and that have been ongoing for centuries on the island. We chose to stay with Design Holidays in Forte Village a fantastic luxury base to see this wondeful island. 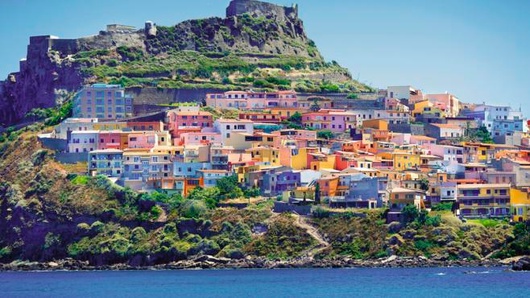 A common practice for example, on January 16th huge bonfires, are lit all over Sardinia in the honour of Sant’Antonio Abate, in order to represent his “descent into hell” to bring fire to earth. Throughout the night there is the flow of traditional feasts, music, dancing. Also in San Salvatore barefoot running is an interesting event and one of the oldest festivals of Sardinian history. This takes place regularly on the first Saturday of September; at dawn, a group of around a thousand barefoot young men wearing white robes gather to carry out the simulacram of San Salvatore between churches.

In Selargius - during the second week of September there is a celebration of the traditional Sardinian wedding where real couples get married and the whole town takes part in wearing traditional costume. The streets are decorated with flowers and there are cake and drinks for everyone.

Sa Sartigilia – this is an equestrian tournament held in Oristano. It is one of the most impressive and choreographed carnivals which selects the figure of Su Componidori, the horseman who wears the mask of a mysterious God to pierce the star. The atmosphere is charged with rolling drums and cheering crowds.

Most any islanders are employed in the agricultural and service industries and there are numerous fairs and outdoor gatherings celebrating the terrific quality of Sardinia’s produce, from the artichoke festival in Uri in March to the cherry festival in the small village of Belvi in June. A three-day chestnut festival in Aritzo in October as well as the fish festival in Santa Teresa Gallura in July marking the great rebellion of 1802 and celebrates sea’s offerings to the people of the island. Fishing is rich in catches with many common and not so common types of fish to choose from. 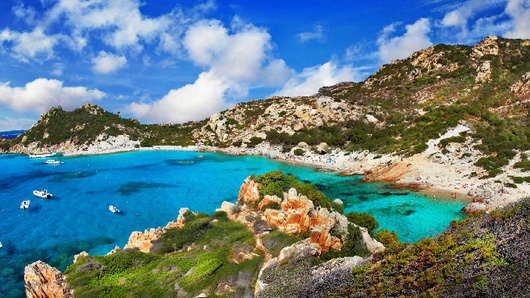 The brief history of Sardinia

As well as being one of the most beautiful places in the world Sardinia is one of the most ancient land masses in Europe to boot, with much evidence of the civilization since prehistory, dating back to the Palaeolithic period, with both permanent and nomadic settlements appearing in the Neolithic age believed to be around 6000 BC. The populations, mainly pastoral, were known as the Nuragic people and its traditions have been both cherished and maintained right up to the present day. Sardinia went to Rome in the First Punic War and, with the eventual fall of the Roman Empire, was then subjected to extremely heavy raiding by pirates which is one of the main reasons why most of the main Sardinian cities are inland. Dotted around the Islands coasts are many beautiful beaches and picnic spots to visit.

There are four main “kingdoms” that initially cropped up during the Middle Ages and these were rapidly colonized by both Pisa and Genoa. By the end of the 14th century, Spain seized Sardinia and the island remained out of mainstream history for 400 years where it then passed into the hands of the Austrians. In 1861, (after Italy’s wars of independence,) Sardinia was transformed into an Italian state. Sardinia then became one of the twenty Italian regions, with a special statue of autonomy.