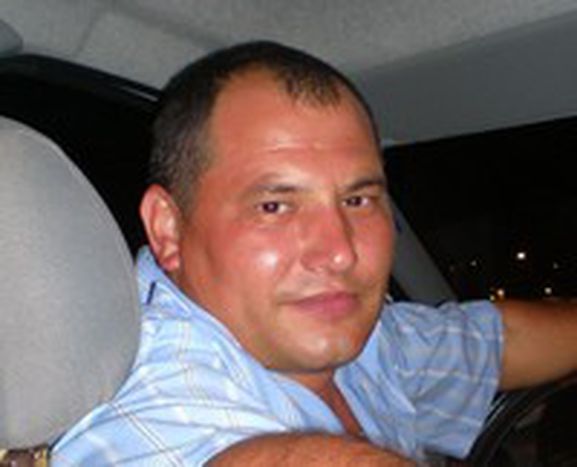 A taxi ride through a Chiinu in transition

The EU has begun in the west, whilst the rest of the world waits in the east: a taxi drive through the Moldovan capital

It’s Sunday evening, 9 pm. The taxi arrives, and for the sake of safeness, I choose the back seat. 'Hi, I’m Ghena,' the solid, 40-year-old taxi driver says with a smile. 'Today I’m going to show you how we drive in Moldova.' Our eyes meet in the rear-view mirror, and I laugh politely. 'Moldovans take no notice of the rules of the road,' calls Ghena triumphantly. He wipes the sweat from his brow with a handkerchief; the temperature outside hovers just under 40C. 'Let’s go to the North Pole,' he jokes, as we creep into Chisinau’s evening traffic.

Out of boredom, Ghena took up taxi driving 18 months ago. Apparently he’s now retired. 'I used to be a policeman, he says, turning to look at me, unsure if he should go into greater detail. But his pride got the better of him. 'I used to be in OMON, a special anti-terror division.' Involuntarily, a nervous yelp leaves my throat. Ghena turns the car at a roundabout, as he wants to take me to Telecentru to show me the newly built town houses.

On the way, conversation turns to Chisinau’s taxi system. Many firms exist in the city, competing on the basis of the quality and size of the vehicle. Fares vary depending on the length of the trip and the type of car: a new model is more expensive than an old one, a larger boot sets you back more than a smaller one. A ride within one of the town districts will cost in the region of 1 euro, whilst 10 euros will take you to the Nistra, the natural border to the breakaway Transnistria region.

We arrive at Telecentru. The newly-built houses disappear behind an armour of huge walls and cast iron gates. The taxi strains to keep a walking pace through the uneven cobbled streets, where a patch of roses stands side-by-side with a towering pile of sand. 'Soon this area will be tarmacked over,' explains Ghena with some eagerness.

Moldovans earn little over 100 euros per month, a level rating them the poorest nation in Europe. In contrast, property prices stand at levels comparable to the West. Who exactly demands such property to spring up from the ground? The answer is pretty instantaneous: diplomats and international organisations. Ghena seems unconcerned that the property boom has failed to reap much reward for majority of the population, he’s glad that 'something is happening here at least.'

Our tour takes us to the Bulevardul Dacia which runs out of the city towards the airport and beyond into outlying villages. The longest road in Europe, according to Ghena. Huge advertising hoardings, accompanying the city traffic like a memorial, soon make way to wide country roads. Headlights from oncoming vehicles are the only light in the darkness. On the roadside, groups of young people light campfires. The atmosphere is nothing short of eerie. This Moldova seems far removed from the developments of Telecentru. When I enquire about Moldova’s economic development it’s met with a shrug of the shoulders from Ghena.

Nevertheless, he is optimistic: the population is young, and in the future, Moldova will make economic strides. The indications, for him, are clear enough. 'Previously we had to wait 20 years for a new car, but today fewer questions are asked. You go, buy the car, and that’s it.' But cars alone can’t bring happiness. Ghena hopes more Western investment will come soon, primarily in Moldovan wine exports. For him, the industry is a 'good tradition' and the land must become competitive. Turning to me, he asks whether I want to go for a drink with him. 'You can get a table in bar no problem, writing back of there isn’t so easy,' he says, as we drive back towards the city centre.

Ghena responds confidently when I ask exactly why Europe should be interested in investing in Moldova. He sees his country as a republic and a potential EU member. He’s convinced that 'with a bit of help we can fulfil the accession criteria. Why shouldn’t we achieve what Romania has?!' Romania is always a good yardstick for Moldova, which once formed part its territory. Solidarity is now a demand of its neighbour: 'otherwise, nobody will support us.' He also regards EU candidacy as a strong parting shot to Russia, whose influence during Soviet times was greeted with much ambivalence.

Our trip is coming to end. We turn towards a bus stop as an explosion sounds a few metres in front of us. Flame and smoke ascend into the dark skies above. Without a moment to raise a protest, Ghena steers in the direction of the fire. A group of youngsters gather in front of a restaurant. Panic over! Their high spirits over a failed firework signals all is well. In the meantime, Ghena chats to one of the guests, and secures his next fare. The rules of the road really are forgotten.