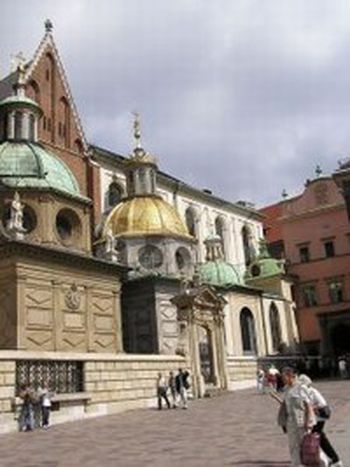 A tale of two enlargements

Much has been made over the recent integration of 10 new member countries into the EU. But is their accession any different from that of Spain and Portugal 20 years ago?

“The European Union has enlarged to include countries much poorer than the existing members. Countries which are ‘new democracies’, having only recently overthrown dangerous dictatorships.” This statement could have been made at the time of both the 1986 enlargement to include Spain and Portugal (which had been under the authoritarian rule of Franco and Salazar respectively), and that in 2004 to encompass many ex-communist states.

Back in the 1980s, the European Community, as the EU was then known, took an important decision to enlarge southwards. The new member states at the time were much poorer than France, West Germany or northern Italy and there were fears, particularly strong in France, of something we might today call ‘Iberian plumbers’. Surprisingly enough, after just a few years those fears appeared irrelevant and today, 20 years after the southwards enlargement, Spain and Portugal are an integral part of the EU and popular tourist destinations. Many German and Swedish pensioners are more attracted to life in Grenada than Hamburg, selling up their homes and moving south, while places like Ibiza have practically become British enclaves. Moreover, without Portuguese construction workers, taxi drivers and concierges the economies of Belgium, Luxembourg or even France might have had shortages in their workforce.

In 2004, the EU stretched eastwards. And the most obvious difference from the southern enlargement was just the climate: even though the sand of the Baltic beaches is probably finer than that of the Mediterranean, Lithuanian or Polish spas are unable to provide guaranteed sun. When it comes to the ‘plumber issue’, there are, again, more similarities than differences. Although there were fears of ‘hordes from the East’, the British economy had no problem in welcoming some 290,000 workers from new eastern member states, who arrived between May 2004 and November 2005. Due to shortages in Western Europe, nurses, doctors and IT specialists from the new member states are being welcomed even in Germany and Austria, countries who will not fully open their labour markets to the peoples of the East before 2011 due to the ‘transition period’ allowed by EU regulations.

By then, if the example of Spain and Portugal is to be followed, the economies of the new member states will be strong enough that no mass exodus will occur. Currently, Poland and Slovakia have the highest rates of unemployment in the EU, with 17.9% and 16.5% respectively. But the unemployment rate in Spain in the 1980s and 1990s was equally high and, twenty years after the European integration process embraced Portugal and Spain, unemployment has been dramatically cut: between 1994 and 2005 Spain halved its unemployment rate from nearly 20% to 9%. There is no reason to believe that Poland and Slovakia will not achieve similar results within the next few years. One year after accession, they have already cut their unemployment results by roughly 1% each.

Indeed the biggest difference between the two “big bangs” of 1986 and 2004 is the level of ‘deepening’ that has accompanied enlargement. If today Europe is in crisis after the French and Dutch rejection of the much maligned constitution, back in the 1980s the issue at stake was the Single European Act (SEA), which established a single European market. The difference between today and the 1980s is political leadership. Back then, European leaders did not look to justify their actions by referenda, which, as the most recent ones have proven, are not as much about the EU as about the popularity (or lack thereof) of national governments. Back then, Jacques Delors, the visionary President of the Commission, had the drive and the mandate to propose a way forward towards a real union; towards a single market and the four liberties (free movement of people, goods, capital and services). In the 1980s, there were no referenda on the Schengen Agreement for the free movement of people (signed in 1985) or the SEA (signed in 1986)! Needless to say, the significance of both of those treaties was no smaller than that of the European Constitutional Treaty.

Who knows if those texts would have been signed if they had been subject to a popular referendum? And without them there would be no European Union as we know it today.