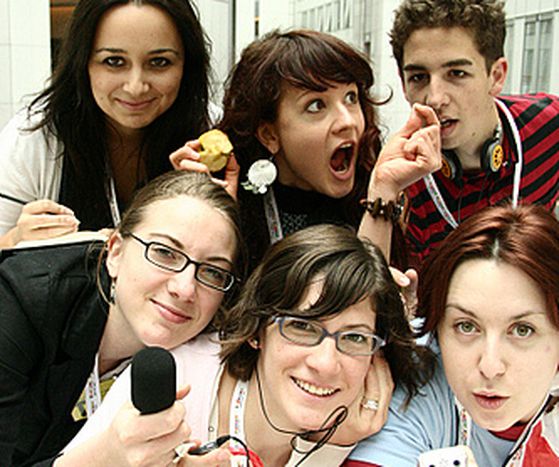 A simple guide to the European elections

Seven out of ten young people didn’t vote in the 2004 European elections. Was this lack of interest due to a lack of understanding? It seems that a little clarification is needed, so here is something to whet your political appetite, two months out from polling day

,Who are you voting for?

You will be voting for MEPs to make up the European parliament. 736 will be elected, in line with the treaty of Nice, each with a mandate of five years. Each member state will have a certain number of members allotted to it, proportional to its worldwide population: from 99 for Germany to 5 for Malta.

What does an MEP do? 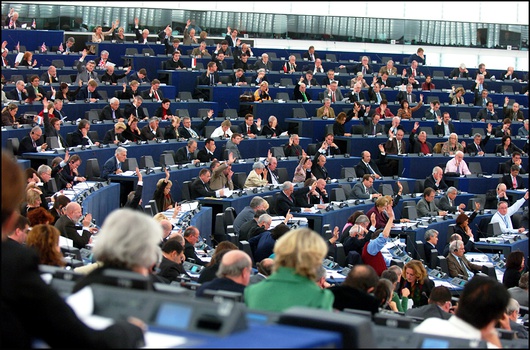 He or she is generally not too young anymore and spends his or her time going between plenary sessions in Strasbourg and meetings in Brussels: the two seats of power of the European parliament (let’s call it EP for short). So, the EP is the only EU body which is directly elected by the citizens. At its head is a president, who has been elected by his or her MPs for a half-legislature (two and a half years).

Members of the EP, your mission, should you choose to accept it: participate in the creation of European legislation on themes which directly affect European citizens (equality of choice, environmental protection); determine the annual budget of the EU along with the council of ministers; control the activities of the EU (investigating committees, economic control, censorship of the commission..).

These acronyms stand for European political parties, as opposed to political groups (party coalitions). For example, the ALDE (alliance of liberals and democrats for Europe), which sits in the EP, is made up of the ELDR (European liberal democratic reform party) and the EDP (European democratic party). In fact, in the EU, at the EP, the ADLE is the ELDR and the PDE … So do you still feel like voting?

Once the 736 MEPs have been elected from all over the European Union, they will go back to their political groups or parties. Some of them don’t belong to any group: these are the 'independants', many of whom belong to the far right. France’s Jean-Marie Le Pen, a member of the national front, is currently a party member. It’s not clear at the moment which group the elected candidates will end up in, although the national parties are generally affiiliated to a European political group. These groups must have a minimum of twenty members, coming from at least a fifth of the EU countries (that is, six countries).

A glimpse of the current EP 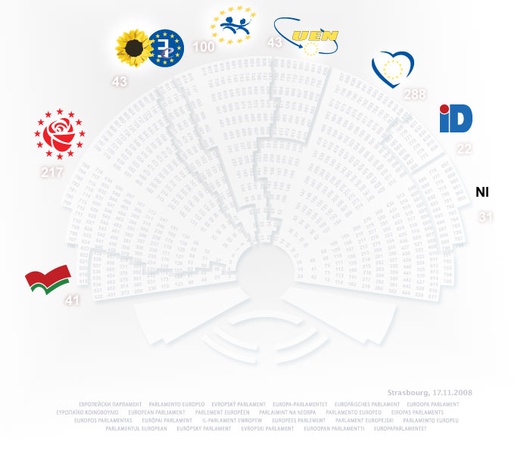 The majority party, I mean the majority group, sorry, the conservative EPP-DE accounts for 37% of the seats in the hemicycle. Its ex-president, the German Hans Gert Pöttering, is now the head of the EP.

To vote in the European elections you must fulfil three conditions: you must be 18 years old (16 in Austria), be registered on the electoral roll and must not have been stripped of your right to vote. In Belgium, Greece, Malta and Luxembourg, it is compulsory to vote. Depending on the country, the vote can be organised by district. However, in Germany, the system is mixed since parties can put forward their candidates at the Land (state) level, at several Länder or at the national level.

The system of proportional representation applies to all countries: the number of elected members is proportional to the number of votes obtained. But each state uses different electoral systems. With 'closed list' voting, electors vote for a list rather than a candidate: this has the candidates in a set order. the elected candidates are then taken from the list in the ranking order in which they appear. In countries which prefer “mixed member proportional representation,' the electors vote for a list and can express their preference for a candidate, or several … again, it all depends!

Certain countries fix a limit on votes and anything above that limit is not admitted for the allocation of seats. So, a limit of 5% of expressed votes has been decided in France and Germany… the Lisbon treaty aims to standardise this electoral chaos with a common procedure at the heart of the EU. Greater understanding means greater accesssibility.

When are we off to the polling booth? 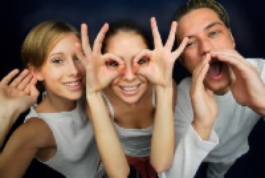 The majority of European citizens will be able to exercise their right to vote on 7 June 2009. For Slovakia, Latvia, Ireland, Czech Republic, Cyprus and Malta it will be 6 June and 4 June for the United Kingdom. Some countries like Italy spread the vote across two days. The final results will be known on the 8 June. The EP web site has a page which indicates, amongst other things, the dates of the elections and the number of MEPs that can be elected for the 27 member countries.

What do I do if I am an expat?

If you are a Spaniard residing in France, then generally you are given the choice to vote in your country of residence or in your country of origin. But, again, the rules vary depending on the country: in Hungary and Ireland, for example, the right to vote is reserved for EU citizens who are resident in their country of nationality. If you were thinking about voting twice for your MEP of choice, forget it: voting twice is forbidden!