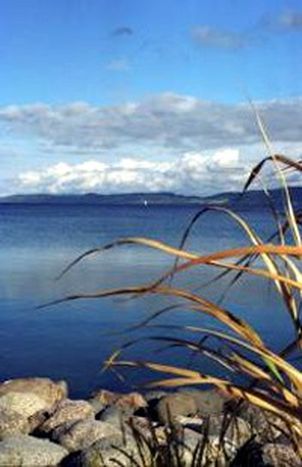 Scandinavia is often seen as a kind of utopia by the rest of Europe, as a region where economic strength and a solid welfare system live in harmony. But what do Scandinavians themselves think about their ‘perfect’ system?

“Although you pay high taxes in Denmark”, a Danish enthusiast remarks, “you get a society for your money. It’s not like the US where private entrepreneurs decide who gets what.” To explain this wholehearted support for the system, one Swedish civil servant looked to the economies of these countries, which are “heavily export dependent and very internationalised. People feel like they’ve seen the rest of the world and chosen the best model for themselves”.

But while many enthuse about Scandinavian ideals, the reality seems to be less than rosy. As one Danish stagiaire at the European Commission explained, “The model works on the premise that people believe in it. People today don’t see the benefits and so they cheat the taxes by working in the black-market. 4 billion Danish krones are lost that way every year.” Others echoed this sentiment, lamenting the lost solidarity of former years. “The work ethic of the 60s no longer exists,” commented Magnus von Schéele, a Swedish stagiaire. “We’ve gone from being a diligent, hard-working people to one that is placated by government compensation packages. There’s a corrupt mentality”.

The blame for these trends is laid firmly at the door of governments who many Scandinavians believe are unresponsive to the demands of the international market. The lack of risk culture or incentives for small businesses is a recurrent theme in critiques of the system, as Magnus von Schéele put it, “the governments are slowly strangling the entrepreneurial spirit; people are simply not allowed to succeed”. Another Swede pointed the finger at the nanny state in these countries to explain national apathy, stating that “you can’t expect people to try something new when you pay them 80% of their salaries in unemployment compensation.” Jacob von Oelreich, a Swede working at the European Commission agrees, “governments need to make it worthwhile to work. Today you can reject job after job with no consequences, the system should require a contribution from the people.”

The end of the Scandinavian dream?

And yet when it actually comes to making market reforms, nostalgia for the welfare state surfaces. Jacob von Oelreich admitted his sadness at seeing the social model crumbling in Sweden. “The last 15 years have seen a lot of changes with the emergence of private schools and healthcare” he explained, “the model based on the state is cracking and it’s really sad. Things are definitely moving in the wrong direction”. Others oppose the liberalising rhetoric which has taken centre stage in the reformist discourse. “There’s a lack of vision in Sweden today” criticised one Swedish civil servant “the government needs to come up with something progressive but they don’t know how to do it. The whole thing has blown up in their faces”. A Brussels-based Finn was equally pessimistic, “the Finnish government is thinking economically and cutting back on services, but a half-working system is sometimes worse than no system at all. Politicians aren’t thinking of alternatives since big changes are more likely to face opposition than small ones”.

A brighter future in the EU?

So what is the solution? While some Scandinavians voice their concern that Europe is legislating away their home-grown welfare systems, with Jacob von Oelreich commenting that “Brussels is removing obstacles to the free market without putting in place any social counterweight”, others are more optimistic about the future. Magnus von Schéele hoped that continued EU membership would force a change in national mentalities because “being part of the EU is making us think more about whether our model is the correct one. It’s forcing consciousness of other alternatives.” Indeed the European dimension could provide the incentive to break free of the old systems which have proved to be poorly adapted to the exigencies of an increasingly liberal market. But whether Scandinavia can do so and still retain its reputation as the welfare champion of Europe remains to be seen as Brussels begins to turn up the pressure on competition and growth in the member states.