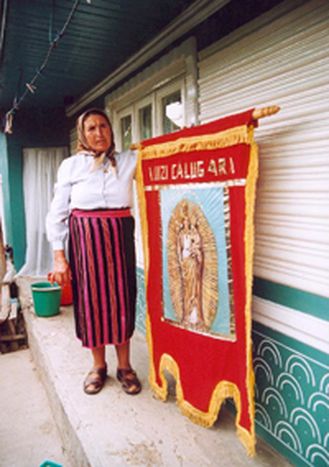 A message of hope for the Balkans

The Csango, ethnic Hungarians of the Moldavian region in Romania, have a history marked with bitter struggles for the recognition of their rights. They boast cultural and religious roots interwoven with those of all Europe.

The Balkans are changing: after a century of division, racism, nationalism and communism, the new political class – although tainted by this past – is doing its best to democratise. As a result, the formerly communist countries along the Danube, after being in a state of political and social disintegration, are undergoing an overdue revival. Just like Greece, Spain and Portugal during the latter half of the 20th century when they emerged from bloody civil wars and military dictatorships, the Balkans are now striving for political and social progress. And there are positive signs to be seen today, hopefully indicative of a more democratic and socially aware future to come.

A history of oppression and suffocation

Among these countries, Romania is perhaps the most striking example. Rich in history, art and culture, and a meeting place for people of Slavic, German, Italian, Hungarian, Turk and Gypsy origins, it has finally embarked on the road of that great national treasure that is the diversity of its people’s heritage.

In the environs of the towns of Iasi, Bacau and Roman live a Hungarian minority of Romanian Moldavia, the Csango. From the nineteenth century, they have been the victim of a slow and progressive assimilation into the Romanian majority, as shown by the Romanian government’s official census records: in 1859, of the 52,811 Moldavian inhabitants, 37,825 were of Hungarian origin. In 1930, of 109,953 there were 23,894, and in 1992 only 1,826 of 240,038. The civil and religious authorities, in fact, declared war 150 years ago on the Moldavian Hungarians (only in the fifties did the communist regime recognise the Hungarians’ right to use their mother tongue, including in schools).

Until 1989, the Csango were practically unheard of, despite the great musician Bela Bartok’s promotion of their cause since 1913. Until 2000, anyone who proclaimed themselves Csango or tried to defend Csango rights faced intimidation and persecution from the civil and religious authorities. For centuries, the Csango have fought peacefully for their rights but, until a decade ago, they lacked a sufficiently educated class prepared to fight the deeply penetrating and sophisticated web of government repression. Since 2000, however, the Csango have come out of their age-old isolation and found many sympathisers with their cause.

In 2001 the European Council sent out a recommendation, number 1521, directed at the Romanian government and the Holy See, in defence of the Csango minority culture in Romania. Since then, Romanian authorities have had to change their attitude towards the Csango, who now have the right to study in Hungarian in some primary schools. But discrimination still continues, as shown by the Romanian National Council for Combating Discrimination’s denunciation of the Bishop of Iasi for his failure to guarantee the Csango the right – sanctioned by the second Vatican Council – to celebrate services in Hungarian.

However, improvements are being made, putting Romania and the other Balkan states on the road to EU membership. Indeed, Europe needs this Hungarian minority, the Csango of Moldavia. It was in this part of our continent that the first Hungarian Bible was made in 1466; it was here that Protestants fleeing persecution from all over Europe found shelter, and it was among this people that the great ethnologist Luko Gabor founded the association for Romanian-Hungarian friendship.