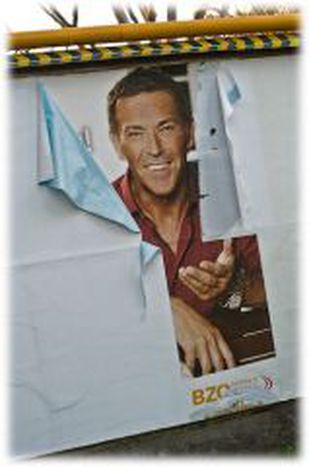 A gay fascist, paradox in itself?

Gaider is breaking news! But is it worth talking about the sexual preferences of deceased right-wing politician Jörg Haider? This was the question that let to hot discussions this morning in the cafebabel.com editorial meeting. The Austrian and German Babeliens didn’t see the need to comment on an obviously private affair, which was on top an open secret in these countries.

Austrian feminist writer Elfriede Jelinek revealed Haider’s curiosity for boys in their early twenties already in February 2000. But is this in itself news cafebabel.com should talk about? Our editors from further south replied ‘yes’, because in their countries a VIP right wing politician being homosexual  is a straight paradox. Does this mean societies up north are more liberal and advanced on this matter?The question becomes more significant seeing these days Haider’s successor of the BZÖ, the 27 year old Stefan Petzner, sniveling in any available camera. He declares to have been in a relation with Haider that was “way closer than friendship”. This in turn throws rather a doggy light on the intrinsic hereditary succession of some right-wing parties. French Marine Le Pen will most probably replace her worn-out father Jean-Marie and maybe it's not a coincidence that in Italy a certain Alessandra Mussolini leads the realm of right-wing politics.  By the way, it was her who declared on an Italian TV show in 2006 …

“better to be a fascist than a fag”

Listen at second 0:50 (photo by courtesy of viZZZual.com/flickr)