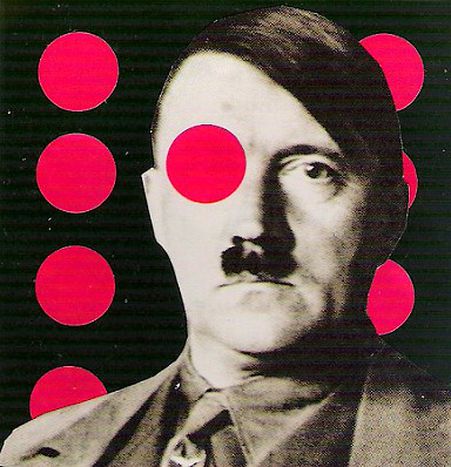 Since 15 October, 20, 000 people have already flocked to the German History Museum in Berlin to find out more about one man - the most famous dictator in Europe. 'What made Hitler possible? That's the question we're trying to answer in this exhibition, which runs until 6 February', explains a spokesperson. Three young Europeans chart their emotions 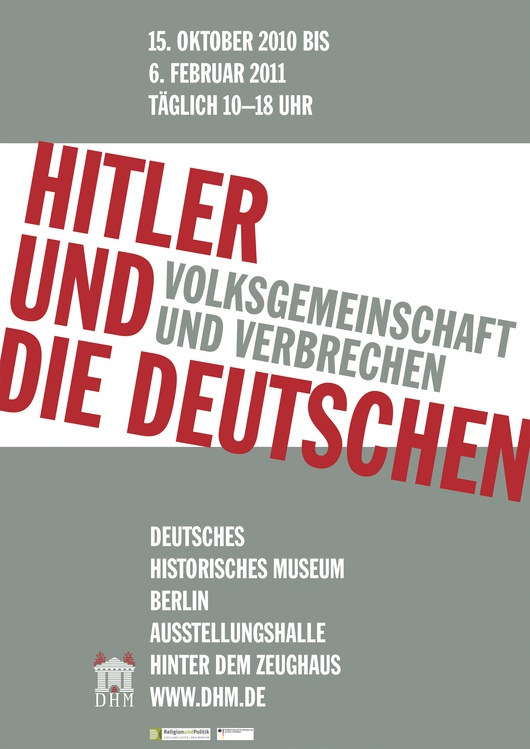 ‘It's the must-see exhibition in Berlin of the moment. The doors opened on 15 October and the papers have already hailed it 'the premier exhibition on Adolf Hitler'. It attracted 10, 000 visitors on its first weekend. On 22 October, one week later, the exhibition's entrance hall is still packed. I continue undeterred, jostling my way along here and there. I'm taken through Hitler's youth and his watercolours, Hitler in Bavaria, the beer hall putsch of 1923, Mein Kampf ('My Struggle', 1925). Until this point the focus has been placed on the life of young Adolf, an artist coming back from the war frustrated. Then it turns to the 1932 elections and onwards, when the focus shifts from Hitler himself to the rise of national socialism, followed by the outbreak of war, conquests, total war and downfall.

Taking stock as a Frenchman, the need to illustrate and talk about this black episode in German history is unquestionable. In taking on this task the German history museum (Deutsches Historisches Museum) proves itself to be an excellent and exceptionally well illustrated open history book. I can only be delighted that the crowds are coming here in numbers. The museum wavers between two possible strategies. On the one hand the name ‘Hitler’ can always be counted on to attract the crowds. It's worth taking the risk of saying that it's the first exhibition to truly focus on the figure of Hitler. But it’s evidently risky and lends itself to being exploited and hijacked if the focus is exclusively on Hitler. Therefore the strategy is to approach the subject more broadly. The visitor leaves with somewhat mixed feelings: people who come thinking they will see something really new might find themselves disappointed. In my opinion the exhibition in itself doesn't really allow us to find out how Hitler with his charismatic personality managed to convince part of the German population to engage in the dreadful undertakings between 1933 - 1945. But it has at least generated good press. Its success is enough to prove that fascination with the person that was Adolf Hitler is still an active phenomenon.’

‘I'd barely set foot in the German history museum and he was there, among others in the crowd. In the next room there he was again, his face on all the walls. I was immediately struck with disgust as I stood face to face with him. The disgust worsened as I came upon his writing, notes and watercolours. It’s an example of human creativity that turns into something diabolical. The mounting disgust became still greater when I reached a child's birthday greetings for 'Hitlerchen' (little Hitler), the diminutive nickname for Hitler. It’s one small but evocative example of the power of the propaganda machine that Hitler created in his country. It is even clearer in the exhibition room next door, where the little man appears in a video from the time. The exhibition underlines the extraordinary magnetism that he had for the German people. 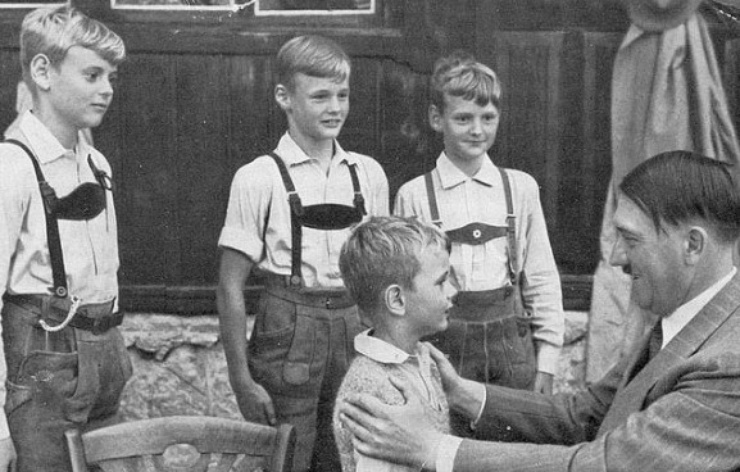 A few steps away are two sceptres inlaid with gold. The Führer has instilled his lust for power in them, symbols of the bloody and disastrous soul of nazism. I feel the urge to exorcise myself and my thoughts end up wandering to Willy Brandt, chancellor of the new West Germany (1969 - 1974). I remember his interview with the celebrated Italian journalist Oriana Fallaci in September 1973. He demonstrated how democracy and social stability can outstrip the horrors of the nazi era. In the final room the diabolical face is gone. His car remains and the men of his regime are brought before the international tribunal in Nuremberg. There is relief for us standing before this image, proof that the abuse of power can sometimes be brought to justice.’

‘For days the small flat screen displays in the U-Bahn (the underground in Berlin) have been showing one thing: the banners for Hitler and the Germans, the latest German history museum exhibition. Now it's time to find out for myself. Given the length of the queue, it does of course go through my mind that the PR director might have used the image of Hitler to attract the public.

But once inside it's by no means a psychosociological study of Hitler's influence on society that awaits us. Instead it's an exhibition about how nazi propaganda was embedded throughout all classes of society. One of the display cases exhibits uniforms tailored for each level within the authorities of the time. The notice indicates ‘Open neck 'field' shirt for the Waffen-SS division, police officers with the kepi' (Feldbluse mit offenem Kragen für Mannschaften der Waffen-SS, Wachtmeister der Polizei-Division, dazu Schirmmütze). Among the exhibits are numerous historical sources: letters addressed to Hitler, puppets, pines, children's drawings and photo albums full of images of the deportation of Jews. 'The crème de la crème of the chosen people,’ reads the detestable scrawl beneath the clichés. It's through this sort of material that the visitor really feels like they are getting inside the heads of the people of the time. But it doesn't leave us with a clear answer to the question that people generations later are asking themselves: how can all of this have been possible? 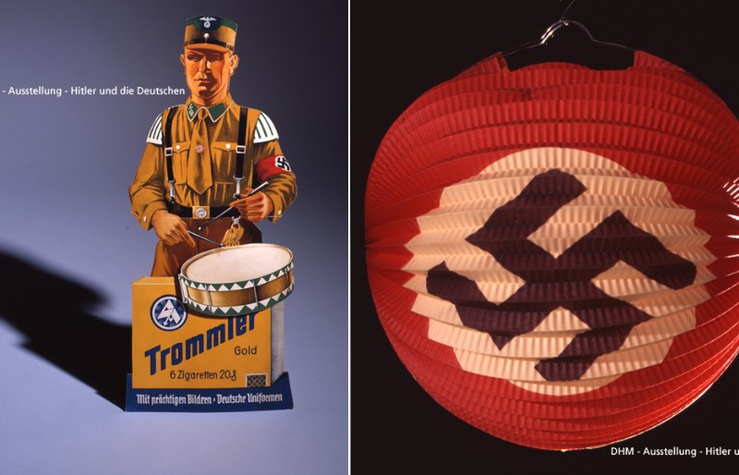 I leave with the impression that the exhibition hasn't opened up many new perspectives for me as a German. Similar content is on display in the permanent and special exhibitions of the Topography of Terror documentation centre on the former site of the SS headquarters, in the permanent exhibition in the Jewish Museum Berlin and in numerous other exhibitions on sites linked with the memory of the nazi dictatorship. The exhibition will be interesting for tourists and young visitors, so the museum has fulfilled its mission to educate.’

The exhibition runs until 6 February 2011