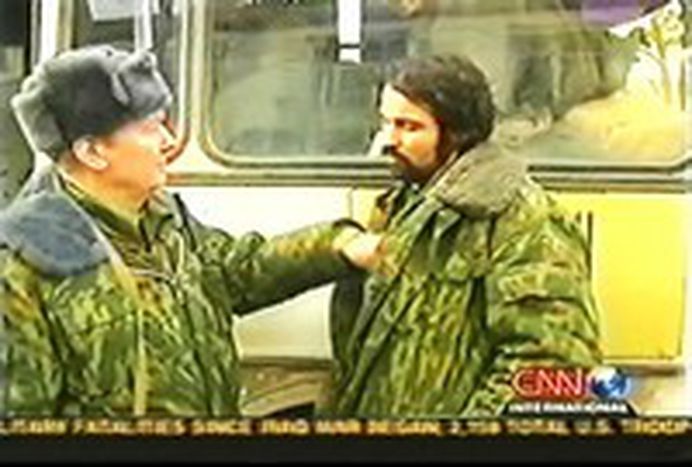 A European justice for Chechnya's victims

This summer the European Court of Human Rights will decide the first cases concerning forced disappearances from Chechnya. Decisions by the European Court might play an important role in changing Chechnya's terrible human rights situation

“Kill him, dammit, that’s your entire order. Get him over there, shoot him.” Fatima Bazorkina was watching the evening news when she heard a Russian general give this order. The general was ordering the execution of a young man just detained by the Russian forces. Fatima recognised the young man as her son. She hasn't heard from him since seeing him on television that day.

Fatima’s case is not unique. Grave human rights abuses have become everyday occurrences in Chechnya since the start of the so-called second Chechen war in 1999.

After a series of explosions in Russia and a brief incursion by Chechen separatists into Dagestan, a neighbouring republic of Chechnya, in 1999, Russian federal forces launched a military campaign to re-establish control over the territory of Chechnya, which had enjoyed significant independence since the signing of the peace agreement that marked the end of the first Chechen war in 1996. From the beginning the military campaign was marred by widespread human rights abuses.

Forced disappearances are a particular problem in Chechnya. Civilians are regularly taken from their homes in the middle of the night by masked armed men in uniform. Sometimes those detained re-appear in detention centres, others are found in mass graves, and many disappear without a trace. According to the Human Rights Centre Memorial, one of the most respected human rights organizations in Russia, between three and five thousand people have disappeared since 1999. Human Rights Watch has concluded that these systematic disappearances constitute crimes against humanity.

The vast majority of the disappearances were carried out by government agents, and local and federal prosecutors have refused to properly investigate these cases. In Fatima's case, it was established early on that the general giving the execution order was General Baranov. However, no meaningful investigative steps were taken in the case before the Russian authorities learned that Fatima had lodged an application with the European Court of Human Rights (ECtHR).

The Court of Hope

For most victims the only hope for justice is to appeal to the ECtHR. The Court has had jurisdiction over human rights violations committed in Russia since 1998, when the Duma, the lower house of the Russian parliament, ratified the European Convention for Human Rights (ECHR).

Of the thousands of cases sent to the ECtHR from Russia - more than from any other country party to the Convention - only 200 concern grave human rights abuses from Chechnya.

There are many reasons that so few cases are emerging from one of the biggest human rights crises in Europe. Submitting an application to the Court is dangerous and many applicants experience threats and harassment. Some applicants have even been abducted, disappearing in the same way as their relatives. The people of Chechnya also lack knowledge about the Court and what it can offer them. For those who are interested, the lengthy process involved in filing a case can be discouraging. The Court often takes four to seven years to decide a case.

Thus far the Court has delivered judgements in only six cases from Chechnya. These cases were limited to torture, the unnecessary use of force and the killing of civilians during military operations. In all cases the Russian authorities were found responsible for the death of the applicants’ relatives and were ordered to pay compensation.

The European Court has the potential to offer more than compensation to the victims. For once the Court rules that a government has violated the ECHR, that government is obligated to undertake measures to prevent such violations from happening again. The Committee of Ministers of the Council of Europe, which consists of representatives from all member states, is the body responsible for developing and overseeing the implementation of these measures.

On the basis of these first cases, Russia needs to undertake measures that are effective in bringing an end to the gross human rights violations in Chechnya. Each member state of the Council of Europe has a responsibility to make sure that the measures adopted are effective and properly implemented. The member states should not confine this discussion to the Committee of Ministers, however, but also bring up the issue in bilateral and other multilateral meetings.

Russia cares about the European Court and the Council of Europe. The Stichting Russian Justice Initiative has seen that the Russian authorities investigate a case more effectively when they learn that a victim has lodged an application with the Court. Unanimous demands from the EU member states on the basis of decisions taken by the ECtHR will therefore be taken seriously by the Russian authorities and have the potential of having a real impact on the human rights situation in Chechnya.

Fatima has spent the last six years writing hundreds of letters to Russian authorities. She travelled all over Chechnya and painfully searched for her son amongst the hundreds of other lost men in mass graves. She still has no information about what happened to her son after General Baranov ordered his execution.

Although General Baranov was shown ordering a summary execution on television, he went on to receive the Hero of Russia award and is now in charge of all forces in the Russian region that includes Chechnya.

This summer the European Court will deliver its judgement in Fatima's case against Russia.