A Different Kind of Ball Game

The political power of Football in furthering nationalist sentiment 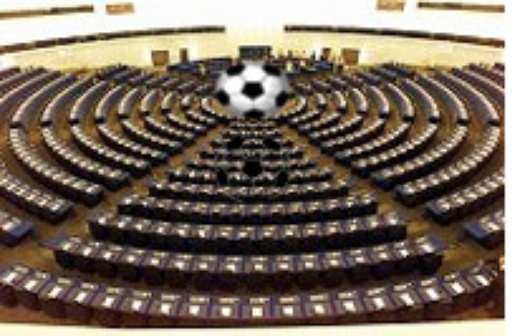 The festival of football that has been taking place over the past few weeks has coincided with a period of intense political activity in the EU. But what is the relationship between International Football and Politics? Will the patriotism and flag waving simultaneously fuel more sinister forms of nationalism and anti-European sentiment?

The European Championships date back to 1960 and Henri Delauney’s ‘Nations Cup’. It was an inauspicious start for the tournament as only four countries were to contest the first trophy and many of the large football nations, such as West Germany, declined the invitation to participate. The 1960 tournament was also subject to political frustration with Spanish dictator General Franco withdrawing his country’s team ahead of a semi-final match with the USSR. But this was not the first incidence of politics infiltrating football, indeed the history of the beautiful game is chequered with such incidents for both the mass appeal and patent symbolism of the world game offer a powerful vehicle for the advancement of political ideology.

The most explicit and wide scale use of football was as a propaganda tool by the fascist dictators of the 1930s, who saw sport and in particular football as a means of furthering the sense of national supremacy and domination. Mussolini used football, and in particular Italy’s hosting of the 1934 World Cup, to great political advantage and allegations that he bribed the referee in the final against Czechoslovakia still hang over the legacy of the tournament. The World Cup win stirred up national fervour and therefore reinforced the power of his regime. Likewise Hitler saw football as incredibly important to the perception of his regime and used the game to his advantage by sending his national team to play England in London in 1938. The gentlemanly way in which they played the game won them many friends in the UK and indirectly helped to prolong the Anglo-French policy of appeasement. Although these are two famous examples they are not isolated as the association between football and politics is deep rooted and has been exploited by figures from Perón to Gadaffi.

Nowadays even mainstream politics tries to associate itself with football whenever possible. Although Mr Blair making a reference about David Beckham’s right foot or M. Chirac declaring a jour férié in recognition of French success may be more subtle than those examples mentioned above, they are a vital ingredient in the recipe for political success. A frequent criticism of today’s leaders is that they are out of touch with the mood of the people, but sport and in particular football allows them to show an affinity with the common man.

The Rise of the Eurosceptics

Such associations between mainstream politics and sport may be opportunistic but are mostly harmless. But the political debate over the future of Europe in the months leading up to and during Euro 2004 has led certain anti-European parties to draw on the patriotic fervour surrounding the tournament in order to win favour with a more sinister rhetoric of nationalism – attempting to exploit the pride that people feel for their national football team as a symbol for ‘putting the nation first’ vis à vis European issues. In the UK, already an inherently Euro-sceptic nation, this has been seen by the relatively meteoric rise of the United Kingdom Independence Party (UKIP) and to a lesser extent the British National Party (BNP) who both pursue nationalist political agendas. Whilst some may argue that the political shift in Europe towards the right is due to wider issues like asylum or a post September 11th fear of terrorism, it is fair to say that pride for a particular nation on the football pitch could well be harnessed by political factions and the anti-European press towards a deeper sense of nationalism and ambivalence towards other European nations. Governments, ever mindful of public opinion, may then feel a reticence to further integrate with Europe when the opportunity arises because they are mindful of the national mood. Failing to do this would be a huge setback at a time where Europe is attempting to redefine itself for the twenty-first century.

A Euphemism for Europe

If any political argument should resonate from these European Championships then it should by pro- rather than anti-European. Like the EU, the European Championships has expanded and developed from tentative beginnings into the celebration of football that we have seen over the past few weeks. We all have our favourite team, yet recognise the merits of others. Different teams have different styles yet the tournament is a celebration of a common culture. The English are led by a Swedish coach, the Greeks by a German and many of the highest profile players ply their trade outside their own country.

Euro 2004 is more than just a football tournament: it is a euphemism for what Europe should become.