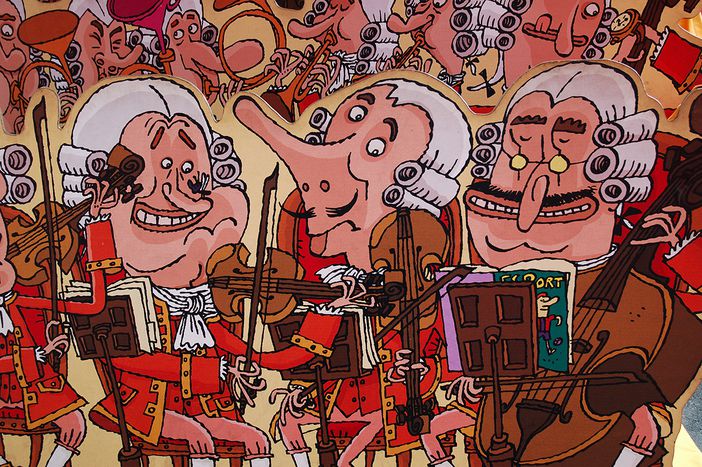 'Beirut? Isn't that in the near East?' You frequently hear this question when telling European friends about the Festival of Young Artists in Bayreuth. Has anyone other than avowed Wagner admirers heard of this small town deep in the franconian province? 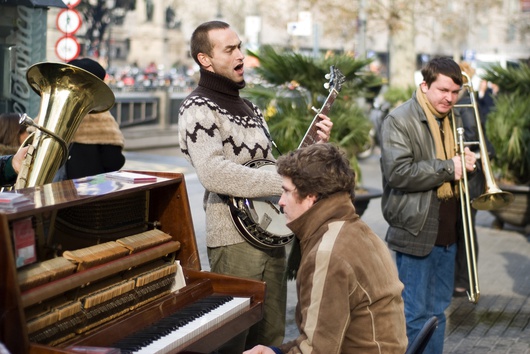 The festival theatre of Richard Wagner takes place on the green hill of Bayreuth. The location overshadows both the silhouette of the town and its reception in the world. However, the sounds of Parsifal are not the only ones which echo through the baroque streets. Unsuspecting wanderers are surprised by the rhythms of a Brazilian marching band on the corner between the opera house and the old castle. Head with exhilarated steps into the town centre and you might find yourself between a Romanian accordion ensemble and a German-French string quartet. And isn't that a brass band playing up ahead?

Israel and Palestine play in harmony

A musical invasion has closed in on Bayreuth. Even if Wagner fans and theatregoers continue to stuff the streets of the town centre each August, they aren't responsible for this musical revolution. The huge increase in the number of street musicians is a giveaway; it’s time for the Festival of Young Artists once again. This year it has enticed 300 young artists from 29 different countries to the ‘rehearsal stage for young people throughout the world’. Its motto, freely adapted from Wagner, is follow your passion. Above all this is about music; but actors, writers and dancers also chip in to get their money's worth. Perhaps some arrivals are surprised not to be met by a bitter desert wind on arrival, but they leave without a doubt of what distinguishes Bayreuth from Beirut. The town is earning a reputation in its own right. 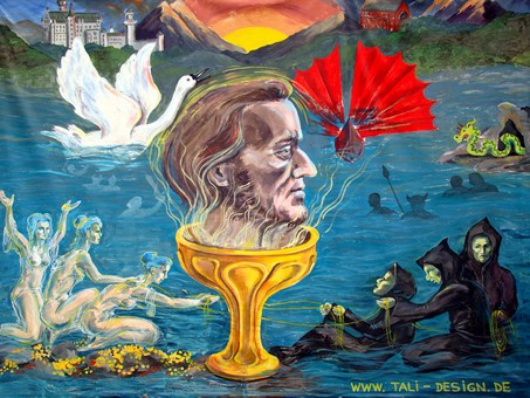 At first the festival suffered under the slow thaw of the cold war. Since, it has developed into an eclectic reflection of the globalised world. An evening concert features Italian, Spanish and Turkish song compositions, and the performance of the ensemble Lyra Tatui from Brazil. A journey from the Orient to the Occident is also on the programme. Musicians from Lebanon, Syria, Iraq and Palestine are invited to the workshop Orient meets Occident, in order to rehearse and perform ‘the Arabic passion after J.S. Bach’ under the direction of Dr. Vladimir Ivanoff. The aim of the project is to encourage young Israelis, Palestinians and Arabs to make music together beyond political and religious conflicts. A happy coincidence is that the conductor Daniel Barenboim is performing for the first time with his West Eastern Divan Orchestra, which is composed of Arab and Israeli musicians on 19 August.

What sort of pillow does a Jamaican need?

If you ask the director Sissy Thammer, who has put her heart and soul into the project for 24 years, what has kept her working with the festival for so long, you can sense her simple enthusiasm; ‘Art has always made me happy’. Because of this she wants to offer young people throughout the world the opportunity to be artistically active through the festival. Children and young people in particular are often intimidated by art and classical music. They must be introduced to it in quite a particular and individualised way, she explains. Not everybody likes Wagner's grandiose Parsifal! The Festival of Young Artists offers people who aren't so keen on Wagner a colourful potpourri of Argentinian tango, Hungarian operettas and Lithuanian jazz improvisation. And people who don't play an instrument themselves can collect experience in dramaturgy, press work and arts management through the internship programme ‘Springboard’. 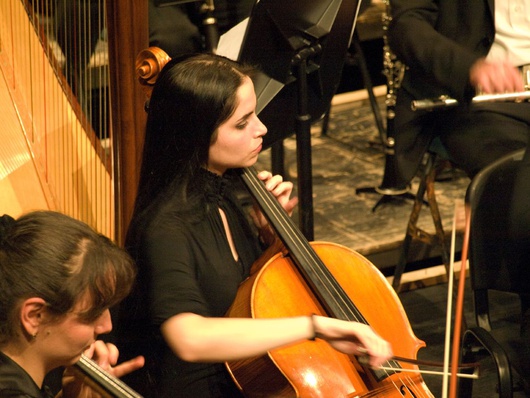 Working together with musicians from different countries isn't always easy however. Artists, universally, can be quite particular. What is a Japanese cellist’s favourite dish? How long does a Belgian need to rehearse? And what sort of pillow does a Jamaican need? The language barrier however only rarely makes life difficult for organisers and participants, says Sissy Thammer. Thanks to the international aspect to the festival there is always somebody, she explains, who can translate from Lebanese into French and from Italian into Russian. On the other hand, however, young people certainly bring the political and social conflicts of their homelands with them to the music stand in Bayreuth. So far, however, a conversation discussing the controversial issues has always helped to release the tension. Sissy adds that you certainly shouldn't forget the healing powers of Frankish sociability when solving conflicts. After all, 'a good sip of wine or beer from Franconia is always helpful'.

You can apply to take part in the festival as a musician or an intern online. Knowledge of German is not essential!