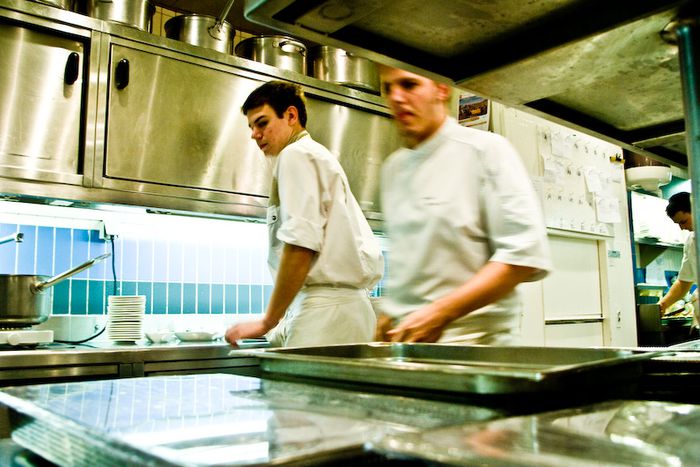 A Crocodile with an appetite for Europe 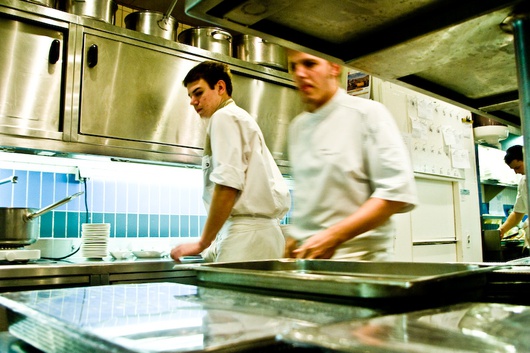 From July this year, the Europe menu will be served at this legendary two Michelin starred restaurant near Place Kléber. Au Crocodile is not just famous for the food that is on offer, but also because since the beginning of the 1980s it has also been the meeting place for the ‘Club du Crocodile’ – a group of euro-parliamentary federalists, led by the communist Altiero Spinelli, who were the masters behind the establishment of a single European market in 1986. 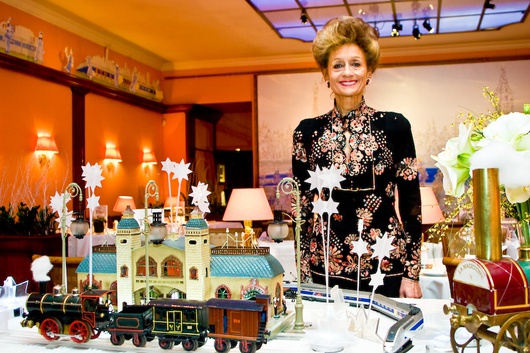 This year Monique and Émile Jung, managers of the restaurant since 1971 have created a gastronomic itinerary to best reflect the current, exciting political phase that the EU finds itself in with ratifications, pre-elections and the French presidency about to begin. As Monique Jung, the wife of the chef who has dedicated her whole life to “bringing culture to the kitchen”, tending to her customers with the upmost discretion and “adapting the thematic languages arising from her research to make it more palatable for the chefs” puts it, “it is a menu that aims to bring together all of the distinctive flavours of the twenty-seven member countries”.

The kitchen on the third floor

The man in charge of the ‘brigade of chefs’ is Laurent Huguet. This portly man who doesn’t mince his words can lead the team with just a look or a glance in the right direction to get everyone to follow his orders with the effectiveness and dedication of a rugby team. Coincidently there are 15 of them. Just the odd murmur serves as a reminder that there are people at work. He explains, “When a kitchen is well organised, there is no need for brusque movement. People move around calmly as if everything is easy without any feeling of being rushed or stressed”. Monique Jung continues, “the kitchen is on the third floor of the building, two up from the dining room, so that none of the kitchen smells reach the diners and they aren’t disturbed by the odd argument in the kitchen”. 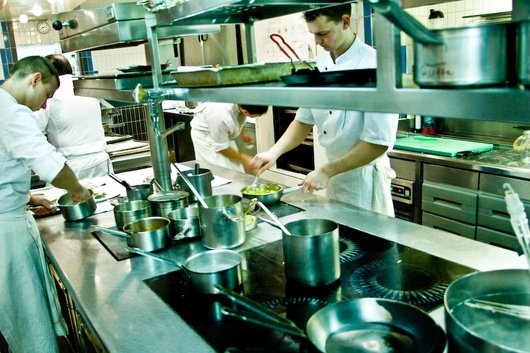 Huguet has a clear preference for “traditional cooking enriched by modern flavours taken from different cultures now that globalisation has reached the cooking world”. After 22 years working Au Crocodile, Huguet is continually searching for subtle flavours and textures. “There is still more to be discovered about herbs and plants in general as well as teas”, he concludes. Outside his native France his favoured style of cooking is either “Italian or Spanish for their simple dishes are quick to prepare, yet full of flavour”. 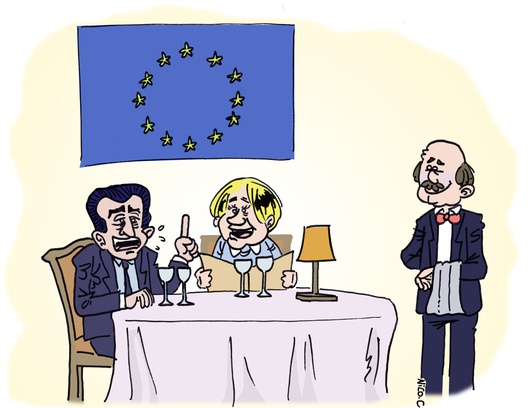 Dear Angela, I suggest you the Europe Menu: a carpaccio and Polish pierogi paella with its Frankfurt sausages, its Belgium mussels and Irish Stew neck of lamb! / Thanks Nico, but I would prefer the dessert only: hungarian Dobos with Greek almonds and Portuguese Litrille pudding |