A break-down of Italy's constitutional referendum

On Sunday 4 December, the Italian people will head to the polls for a referendum that could reform the country's constitution and, according to some experts, the entire European Union. Our Italian editor attempts to explain the complicated decision that voters are faced with making.

The vote to end all votes, this constitutional reform has been on the agenda of Prime Minister Matteo Renzi since the start of his troubled government, and nothing seems more important than the referendum that will take place on 4 December. It is not the first attempt at constitutional reform (Silvio Berlusconi also tried while in power), and the matter has been part of the national agenda for years. But everyone knows that Italians love drama, and the reform and the debate around the referendum reflect this philosophy.

What are we voting for?

Let’s start with the most obvious question: what are people actually voting for? It’s self-evident that the goal of the referendum is to decide on a revision of the Constitution. But the changes are so vast, and the new articles so vaguely phrased, that it's difficult to analyse them in more detail.

What's on offer is the end of the 'perfect bicameralism'; a system in which both chambers of the Italian Parliament - the Chamber of Deputies and the Senate - hold the same rights and the same powers. Every piece of legislation, now matter how big or small, must be approved in an identical phrasing (without even the slightest change) by both chambers. In other words, if a legislation is approved by one chamber but then is changed by the other, it goes back to the first so the new changes can be approved. However, since both chambers can change the legislation, this game of parliamentary ping-pong can potentially go on ad infinitum.

If the constitutional reform is approved, this balance of power will shift dramatically. The Chamber of Deputies will be the only legislative body in Italy to be directly elected by the people, required to vote on so-called "ordinary legislation" (at least in theoretical terms) and the legislation of balance. The Senate, meanwhile, will become an assembly representing the local authorities, composed only by 100 senators (instead of the 315 who currently work there), who will be chosen not by the electorate, but from the regional assemblies and (in a few cases) directly by the President of the Republic. It will no longer have veto power over decisions made by the Chamber of Deputies, only the ablility to give an opinion and recommend amendments. The power concerning other kind of legislations, such as constitutional laws and ratification of international treaties, doesn’t change.

Other points of the reform concern the new procedures for the election of the President of the Republic; the abolition of the CNEL [the National Council for Economics and Labour; an institution currently provided for by the Constitution as an auxiliary body for the economy and employability strategies, but rarely used, Ed.]; the revised division of competencies between the State and the regions; the abolition of the provinces; increasing the number of signatures necessary to call for a referendum or for a citizens' petition to be discussed in Parliament; and two new types of referendums: propositive one and consultative. 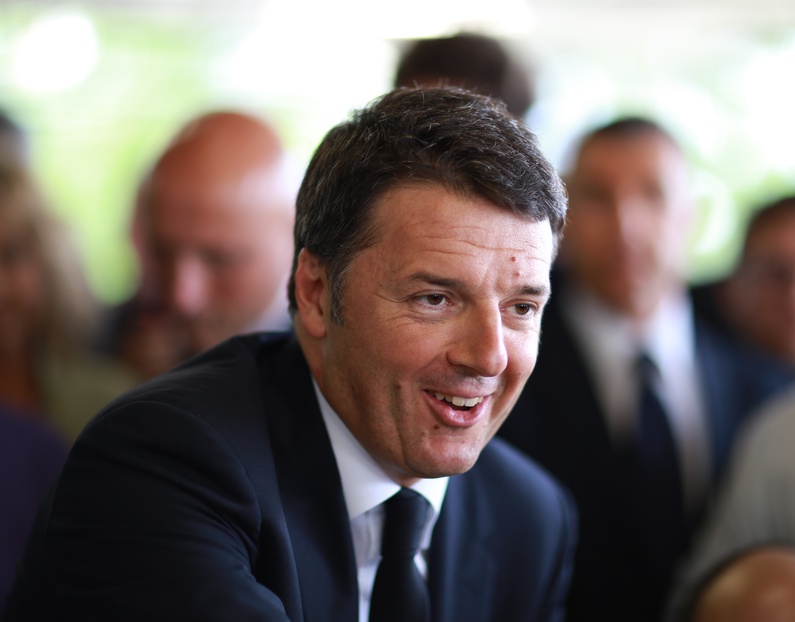 Confused? You're not the only one...

If you feel dizzy and you feel you need to reread the last few paragraphs a few more times to understand them, you can relax: it’s perfectly normal. Just take another look at the perfectly simple wording on the ballot:

"Do you approve the text of the Constitutional Law concerning 'Provisions for overcoming equal bicameralism, reducing the number of Members of Parliament, limiting the operating costs of the institutions, the suppression of the CNEL and the revision of Title V of Part II of the Constitution' approved by Parliament and published in the Official Gazette no. 88 of 15 April 2016?"

The stakes of the referendum are huge, and even constitutional experts and lawyers find it difficult to understand the ins and outs. 6 out of 10 Italians say that they know very little or nothing at all about the reform, while those who are still undecided or considering not voting at all are around 40% .

If that isn’t enough, the political debate doesn’t help to clarify the matter: the conflict between the two positions has become somewhat of a gang war, full of cheap shots and studs-up tackles from both sides. The referendum campaign has been conducted more in a machete-like style than fencing-like style, as both sides have preferred to accuse the other position as illegitimate rather than to focus on the reasons in favour of their side.

So what are the reasons for picking one side over the other?

Those who vote "Yes" say that the end of perfect bicameralism would end long legislative procedures and save public money, rather than wasting it to sustain a huge institutional body as such as the current Senate. This reform would also introduce two new different types of referendum, increasing popular participation, and redefine the jurisdiction between the State and regional authorities. Moreover, the new Senate would better reflect the needs of the individual local areas. Overall, the "Yes" vote reflects a general attitude that "this reform, though with some flaws, is better than nothing."

Those in favour of "No" reply that the idea that the "long legislative process" is due to perfect bicameralism is only a "false myth" which doesn’t concern the majority of cases, and thus the saving would be so limited as to actually justify a significant loss. Regarding the appointments of the senators, according to this side it would be illegitimate to nominate a Chamber with legislative powers without a direct election and being tied by a mandate (which would compel them to vote according the preferences of the Councils who appointed them, like the German model). In other words, the senators would not represent the regions they are from, but themselves, or the political parties behind their appointments  Moreover, mayors and councillors would have to do a "double job", and they would do neither of them well.

The complexity of the new legislative process is to be taken in account as well: it would change from the two current types of legislative procedures (ordinary  and constitutional legislation) to 10, maybe 13 or even 16 different procedures, depending on your interpretation (it’s not very clear yet).

Lastly the new Constitution would mean the government, and the Prime Minister, would have highly centralised power; as its authority wouldn’t be counterbalanced by the power of a bicameral parliament.

To be fair, if we look at the real numbers, Openopolis has reported that the number of legislation proposals subject to so-called "parliamentary ping-pong"  is as little as one in five. Not only that, but there are several instances in which bicameralism has saved the government from mistakes in the proposals. Besides, the financial savings wouldn’t be around €500 million, as the government states, but only around €50 million: ten times less, at the cost of renouncing to directly elect the senators. Nothing, if compared with the daily military expenses, around  €64 million per day. 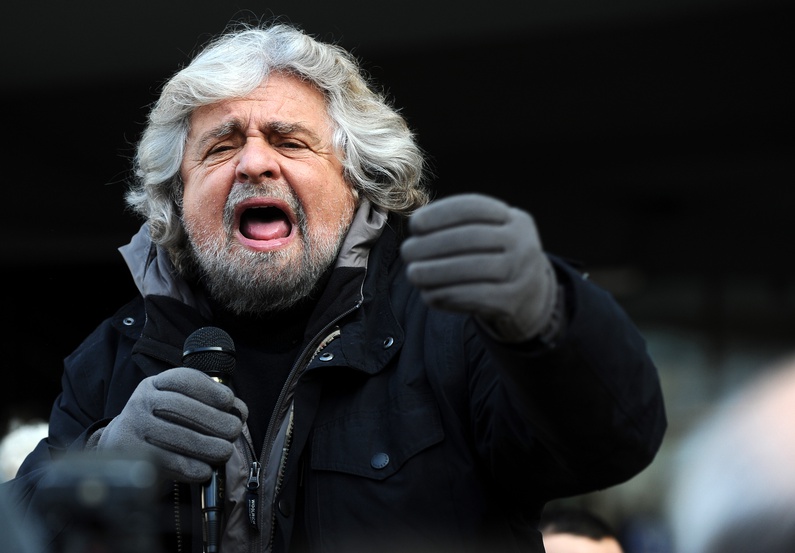 The morning after (the night before)

The "Yes" side, however, has a key player: the government, which has been working full-time to explain the reasons why people should vote "Yes." The frequency of TV appearances of the Prime Minister Renzi and his ministers is shocking: 71 speeches in a month and a half, an average of two appearances a day. "Not even Che Guevara worked that hard to free Cuba," said Maurizio Crozza, a comedian and television presenter. Yet the government's campaign doesn’t stop at TV and public messages. A few weeks ago Renzi sent an open letter to all Italians living abroad, in order to convince them how good the reasons for the "Yes" are. And let’s not forget about his apocalyptic predictions in case of the victory of the "No" side, made by government members and several "Yes" supporters.

But Renzi's pièce de résistance may prove his undoing: "If I lose the referendum, I’ll resign." The initial goal was to get involved on a personal level, but ended up inevitably moving the focus of the debate to the fate of the government: a "No" vote would effectively mean the end the current administration; a likely outcome, considering the opposition parties have unanimously sided with "No". Aware of his mistakes, Renzi withdrew his promise: no resignation. Then he realised threating to end the government could be used at his advantage, since the "No" side is composed of a wide and sometimes incompatible factions (including a minority of the Democratic Party, the populist Five Stars Movement and the right-wing North League). "If I lose the referendum, this government ends. Imagine the show on December 5: Beppe Grillo, Matteo Salvini, Massimo D’Alema [former Italian PM from Renzo's Democratic Party, Ed.] and Berlusconi will have to get along."

This "personification" of the referendum has had an unintended effect: many Italians won’t vote about the reform itself, but the government’s doings. 56% of Italians have said they will vote for or against Renzi, rather than on the reform. That, together with a record number of undecided and apathetic voters, makes the results unpredictable.

In the end, the issue is always the same: to vote, or to let others decide the future. Let the show begin.