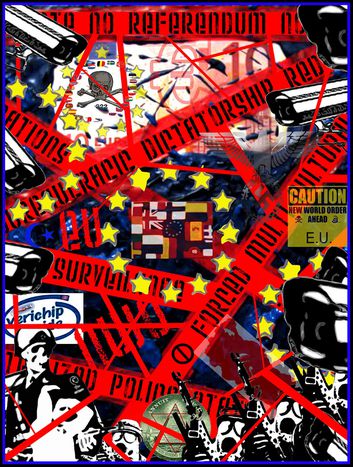 62% of Europeans aren't aware of the EU elections taking place

Just seven weeks before the European parliament election 62% of voters are not even aware it will take place. According to a Eurobarometer study, only 28% of those elegible to vote intend to cast their ballots. Are Europeans weary of Europe?

'A real slap in the face' - Le Quotidien, Luxembourg

Delpine Dard comments on Europeans' lack of enthusiasm for the European parliament elections: 'This is a real slap in the face for the European parliament. Above all because it is clear from the survey that 53% of respondents aren't interested in the vote at all, while 62% believe their ballots won't change a thing. Luxembourg seems to come out well in the survey in terms of voter intent. But does that mean a thing when you know that voter turnout is mandatory here?

We are in the midst of a crisis, and as the eurobarometer shows, Europeans are more worried about unemployment, inflation, buying power and problems associated with their national governments. Basically it seems the European parliament has difficulty explaining what it does in simple terms to the citizens of Europe. Sure, it takes pains to cast itself in a good light during election campaigns, but otherwise it remains in the shadows' 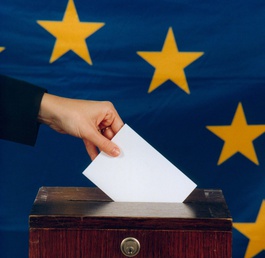 The lack of interest in the European parliament elections is hardly surprising, writes Ignacio Camacho in the Spanish daily. After all, he notes, for many politicians the European parliament is akin to a luxury retreat: 'For years the European parliament has served as a privileged retreat, a kind of luxury parking lot for politicians worn out by the struggle of national politics or forced to withdraw in the tug of war of party politics. A seat in the European parliament is very well paid – at least 7,000 euros (£6, 177) plus session fees, expenses and bonuses. You get to travel all over the world and build up a network of contacts that can be very helpful for your business affairs, and although many of its decisions have relatively little real impact they give the title-holders the feeling that they are still active in politics and dealing with issues of huge import. It acts like methadone, alleviating the boss's pre-retirement withdrawal symptoms'

64% of Swedes are uninterested in the upcoming European elections. One in three is not even aware that a vote is to take place. Malin Lernfeldt comments in the daily: 'Ignorance is a serious problem, because the EU elections are important. The parliament in Brussels has far more say than our Swedish parliamentarians on many issues.

Swedish voters must realise that it really does make a difference how the European parliament is constituted. Whether the greens or the liberals have the most influence, or if it's the conservatives or the social democrats who implement their proposals across Europe. What direction do you and I want to see the parliament and Europe take? If you care about that, then there are good reasons for casting your ballot' (Malin Lernfeldt)

Europe suffers from a rift between its nationally-oriented and eurosceptic citizens and the global-oriented elite, writes columnist Christiaan Weijts: 'We need a populist who can get normal people involved in the bigger picture. This is necessary above all because established politicians are too provincial, trying to fool us for example into thinking that our 'economic stimulus package' really makes a difference, altough it can't be anything more than a tiny umbrella in a global storm.

The populist can explain that Europe is economically successful, but democratically immature. Brussels is badly in need of a committed people's representative to open wide the back rooms of the elite. The populist doesn't want to destroy Europe from the inside like a suicide bomber, but to give Europe back to Europeans by enforcing transparency and democratic control'

The Finnish daily blames the media for the lack of interest in the European parliament elections: 'People in the media should tale a look in the mirror, then they'd see how distorted things are: just have a glance at the articles written about the EU and you'll see why voter turnout is so low. Many Brussels correspondents use press conference jargon in their articles with the result that the average citizen has no desire to read any further than the first paragraph.

What about EU rock'n'roll?

The EU is there, we are here – this is the attitude we journalists have contented ourselves with adopting. The summit takes place and the parliament collects votes. But what about EU rock'n'roll? It doesn't work, if the media are to be believed. The current foreign minister Alexander Stubb once claimed that 80% of the laws that affect Finns bear the signature of the EU. Such populism could be christened the 'Stubb principle', for in reality no one knows the true figure, but it's sure to be high. It is the duty of the media to report on how the decisions actually affect the lives of citizens'