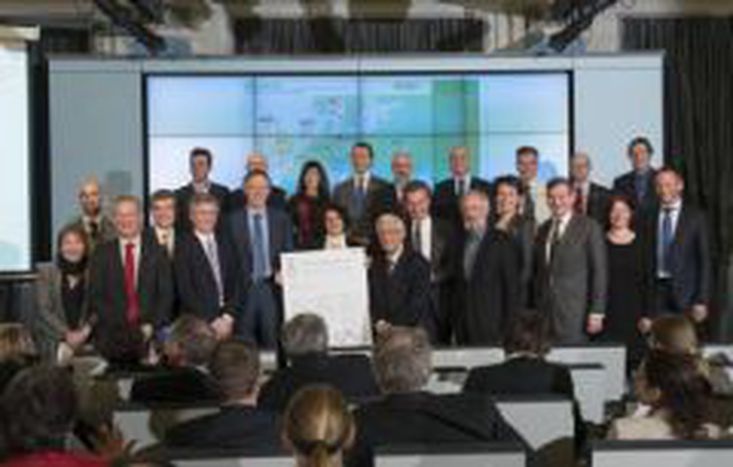 By Carlo Peano On the 5th December 2012 the Renewables Grid Initiative (RGI) organized the Second European Grid Conference in order to explain the lessons learned by its members during the last few years.

Founded by the European Climate Foundation in 2010, RGI is a platform promoting the effective integration of all the electricity produced from renewables to guarantee energy and climate security in Europe.

RGI focuses on the idea that through the use of smart and green technologies, consumers have at same time the possibility to become producers and sellers of electricity. This change in the energy market creates the opportunity to build a really sustainable electricity system. For this a new grid infrastructure, which enables the diffusion of electricity from production to consumption and storage, is necessary.

To achieve such a new grid structure, it is necessary to integrate all stakeholders: transmission system operators (TSOs) such as RTE, Elia, National Grid, TenneT, Swissgrid and Statnett and non-governmental organizations (NGOs) such as WWF, German Watch, BirdLife Europe and RSPB and local and regional authorities. Business and NGOs usually have conflicting positions. This kind of partnership has important consequences for the design of projects, providing a lower environmental impact and a higher level of local acceptance

During this 2nd European Grid Conference, a series of best practice projects were presented. They all emphasised the importance of local and public support and the involvement of the local authorities before planning their projects. This is a practice completely different to those usually followed by business and governments, which have provoked demonstrations all over Europe. It is also a good example for other sectors such as transport. For instance, in Italy the protest against the Corridor 5 coordinated by NO TAV (the protest started in 1995 and is still going on at the present moment) is notorious and has its origins in an imposed project with not enough consultation.

The presence of the Energy Commissioner Günther Oettinger and the Environmental Commissioner Janez Potočnik confirmed EU interest in this initiative. Oettinger underlined the need for increased grid investments, the importance of stakeholders' involvement and the EU support in the exchange of best practices. Potočnik highlighted that this way of putting companies and NGOs together is an innovative way to face the sustainable development problem of a European electricity grid. He also emphasised the importance of transparency and basic environmental rules for all the projects.

We believe that the EU needs investments in electricity grid and other infrastructure but not at the expense of environmental and social conditions. The existence of an initiative like RGI is a sign for a better future, in which infrastructure projects will not be imposed, but they will be designed together with the local authorities, NGOs and business.