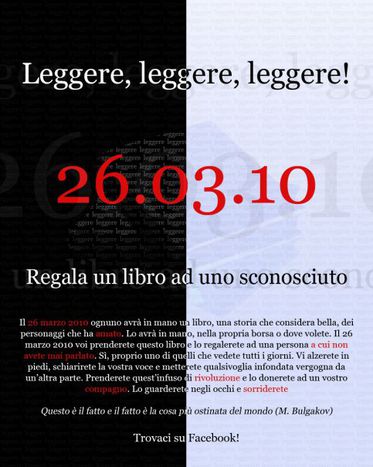 26th March 2010 is the right day for a crazy act: give a book to a stranger. Metro, train, bus. Take courage with your neighbor, look into his eyes, break the silence and give a book to him. This is the initiative of Alberto Schiariti, 21 year old from the Italian city of Empoli, who has already collected more than 160,000 supporters on Facebook.