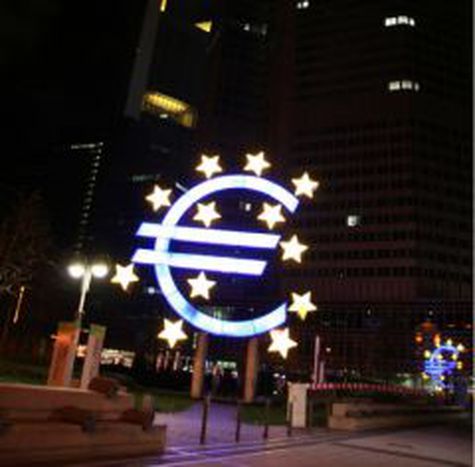 By Aris Kokkinos (live from the European Summit), translated by Danica Jorden Even if the European Union paid any attention to the Mayan calendar, it seems the 13th year of the 21st century is as frightening as the online apocalypse.

In 2013, the legislative framework for the banking union will be put in place, but 2014 is the year European leaders have chosen for its launch -- in the hope that the present financial morass will have cleared up between now and then, and that German electors will have confirmed Angela Merkel to lead the EU.

As a prelude to the meeting of the Council, the group of 27 arrived at an agreement at the end of the night of 12/12/12 concerning supervision of the EU’s (larger) banks, aka the banking union, which hopefully will be able to resolve the banking crisis. The banking union will be launched on 1 March 2014, close to the election of the European Parliament.

Big Banks (under the scope) and Black Holes (in the books)

François Hollande will get his wish, as the legislative framework of the banking union will be in place by 1 January 2013. But Angela Merkel will be the big winner as the union’s implementation will be stretched out over the entire year. At the Ecofin meeting on 12 December, German finance minister Wolfgang Schäuble specified: “I think we can find a common solution, but the ECB will need a year to put the legislation into place.” Time will tell, because in 2013, the European Central Bank forecasts a 0.3% decrease in the eurozone’s gross domestic product, and inflation to be at 1.6%. A return to better days is expected for 2014, with a double forecast of 1.2% growth with 1.4% inflation. When the banking union goes into effect, it will oversee, in the following order, banks having more than 30 billion euros in assets, banks worth more than 20% of their respective country’s GDP, so long as their assets are less than 5 billion euros, and finally banks that are recipients of European aide programmes. In other words, we’re set to see more quarrels about disowned figures, recalling the Maastricht criteria disagreements. In any case, the ECB will oversee the three principal banks of each concerned State. The number of overseen banks will vary between 150 and 200. That’s the compromise reached between Paris, who demanded that the ECB oversee the banking union, and Berlin, who did not want its 420 some-odd regional banks supervised by anyone other than the Bundesbank.

The banking union already has a theoretical conception: a Supervisory Council of the banking union will be integrated into the ECB, to be made up of a president, a vice-president, four ECB members and representatives of 17 national supervisors. The ECB Governor’s Council, for its part, will ratify the Supervisory Council’s major decisions on countries outside the eurozone. Not easy. In order to guarantee the separation of power between banking supervision and monetary policy, States will establish an independent committee that will have final say in case of disagreement. It remains to be seen how this will work out in 2014, taking into account as well the European Banking Authority. Inaugurated in 2011 and headquartered in London, this regulatory body will not likely forget to express the British exception, as it should be pointed out that the United Kingdom prefers to abstain from the banking union. In order to have everyone’s agreement, European Parliament president Martin Schultz declared at the European Council’s press conference today 13 December that the eurozone’s budget should be under the control of the entire EU. Perhaps one day Europe will unite politically as well as economically.