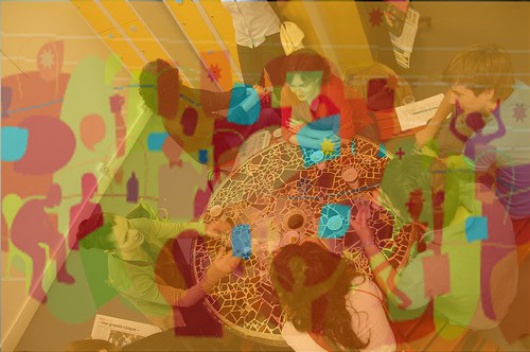 Cafebabel.com is proud to present the official 2007 Top 20 countdown. Meet the Babelian Movers & Shakers who rock our community daily lives. And stay tuned for many new babelblogs who will change your way of seeing Europe.

1 Eurotik was one of the first babelblogs launched by Prune Antoine, our beloved wicked French Editor. Her natural sensuality and taste for the

opposit sex are a common feature in this blog seeking to convince readers that "Europeans do it better".  Among her most succesful posts, you will find crispy information on the latest sex school in London, the ultimate female sexe fragrance or spray-on condom. Translated from French to German, English and Portuguese, Eurotik's subtil but juicy perspective on our most animal instintcs was noticed by the Deutsche-Welle news Agency which nomminated Prune's blog for the Blog Wurst Award. Prune's closest accomplice, Emilie Desassis, aka La Fraise, currently in charge of the English version, promised to rival Eurotik with a new version of her current blog: http://strawberryredux.hautetfort.com/. is the 2007 big surprise. After years of dormant Babelian activities, it took (yes, Lefèvbre is spellt with a "b"), more commonly known as Jean-Seb, little convincing to take over the ambitious project of leading the Paris local office. Freshly "erasmused" in Warsaw, Jean-Seb has been running the Paris blog with more than 20 young Europeans who contribute and translate the blog into French, English, German, French and Italian. In addition to its vibrant look on Europe, far from French stereotypes, the Paris blog is one of the most well-designed blogs, regularly using videos and other smart widgets. Mastering the networking opportunities the Babel community offers, the Paris team has launched a  joint section with the Bucharest team, namely the Bucharest-Paris café, a series of exchanged articles translated and posted on each other's respective blogs. 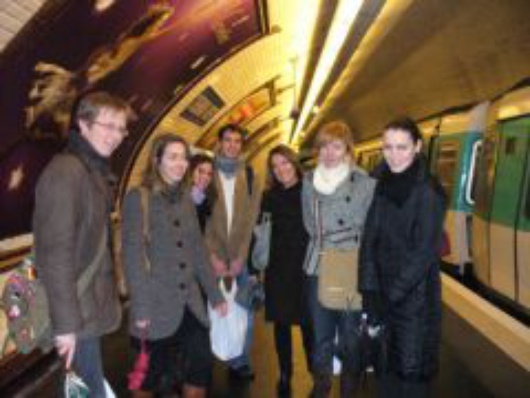 2 ParisJean-Sébastien Lefèvbre3 Eurogeneration: forget about generation X or Jpod generation! They're completely passé. The Erasmus generation is what makes the world go 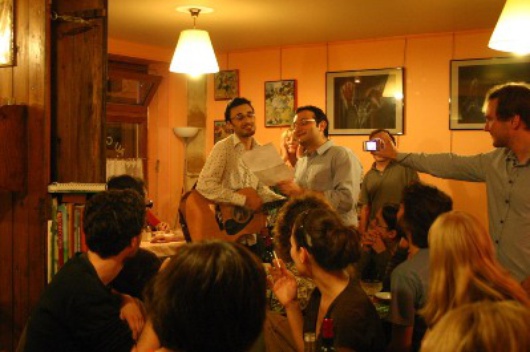 round. Adriano Farano's inspiration stems from his own Erasmus but mostly post-Eramus experience which lead him, with a bunch of other from students from Sciences Po Strasbourg, to create cafebabel.com and contribute to the emergence of a European Public Opinion. Giving a face and explaining the Eurogeneration way of life, with a lot of Napolitan touch, is what this blog is best at doing. 4 Poetry is the living proof that lyrics are still hip. Launched by Fernando Navarro, the Spanish Editor of cafebabel.com, poetry.cafebabel.com is a big surprise to many for its intrinsic and political perspective on poetry. Poetry lovers go out across Europe to report on the lastest inspired Poets who deserve transeuropean attention or simply those who create the new era of a romantic Europe. 5 Vilnius in the top 5 is not a surprise. I first met Dionizas, the current  Vilnius team leader, at the Paris Babel Academy in 2005. Since then, Vilnius team members have been increasingly involved in the making of the cafebabel.com network and today's e-community. Also unforgettable, is Erika's enthousiasm and smile. The Vilnius blog is one of the best designed babelblogs with regular updates on Lithuanian perspective on Europe or the latest issues that are debated in cafés. 6 Coffeefactory provides you with information on the latest happening within the community and how it works and how to get involved, from call for articles to babelblog tips. The blog also centralizes the best of your contributions by publishing each month the Top 10 countdown, the latest of what the local teams are achieving on the Babelforums and at local level. The blog is run by the cafebabel.com team, from Brussels, Paris and Warsaw. 7 Sevilla is a young and dynamic team giving us an overview on political and cultural issues from a Southern European window. 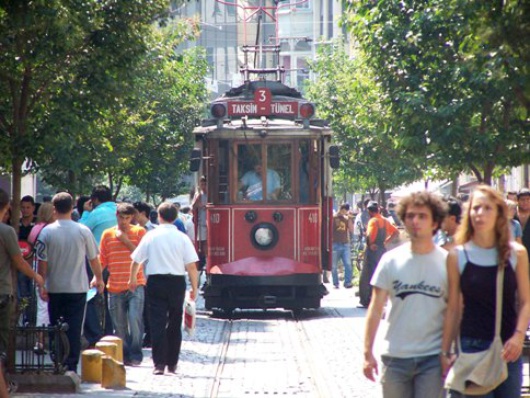 Istanbul lead by Özcan, our most recent and furthest down South recruits, is one of the most debated and controversials blogs. Check it out if you want to learn more about how Turks see Europe.9 Budapest informs you on the latest events in this charming city, and the relationship of Hungary with its european neighbours. It has 3 linguistic versions which each have their own  editorial line. A bit out of the cafebabel.com tradition, but working nonetheless. 10 Strasbourg gives a unique perspective on the European Parliament monthly sessions and life to one of our favorite European cities as it represents the historical craddle of cafebabel.com. Founded in 2001, cafebabel.com is the baby of a mix of Erasmus and local students who were attending at the time Sciences Po Strasbourg. 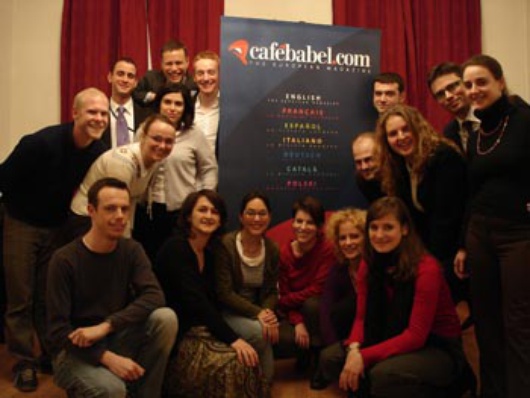 11 Bruxelles, the new European "D.C" is animated by one of the oldest local teams of the network and currently experimenting a new form of editorial input via the publications of articles by journalists students. 12 Linea draws Europe in all its forms. Images speak more than words, you'll see. 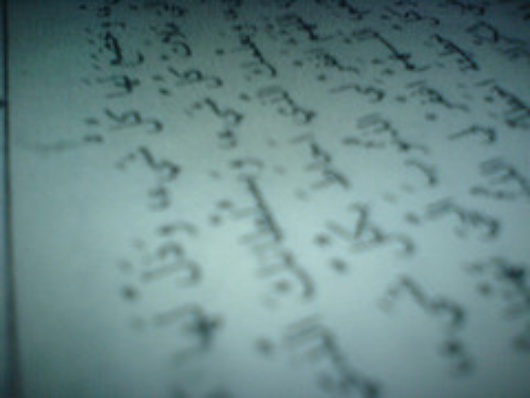 13 Islam in Europa opens a discussion on the role of Islam in European societies. 14 Streets of Europe makes us travel and dream away through beautiful pictures, in different European cities, from Strasbourg to Istanbul and Stockholm to Sevilla. 15 Bucharest publishes cultural, social, political posts, and more,  in English, Spanish but also in Rumanian. It runs similarly to the Budapest blog with 3 linguistic versions, each having their own editorial line. 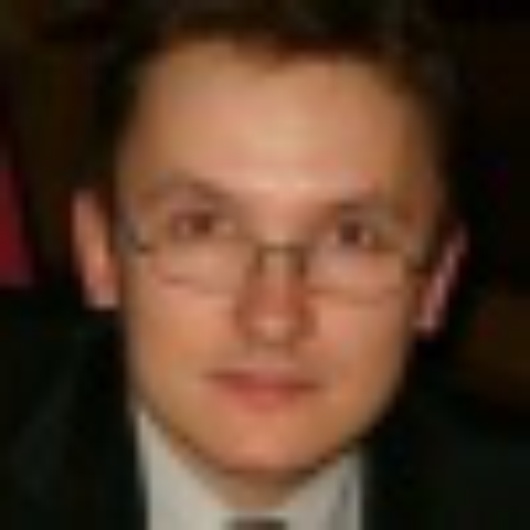 16 Kaczynski is run by a committed Babelian, Piotr Kaczynski, who co-founded Babel Polska and also helped create the Polish linguistic version in 2006. His blog is provoking and perfect for those who love to debate.17 Mêlée ouverte was created during the Rugby final by Greg Tardy who tells you everything about rugby, its values, its History, environment, personalities, and funny sagas.18 Zinc de l'europe gives us every week a very personal view on European issues, with a sarcasm and wit.19 Wide Angle is a travelling diary written by a Polish and dedicated young Babelian woman currently living in Dubai.20 lisboa was created by the portuguese team and coments the national political and social scene and the influence of Europe on it.Vanessa Witkowski and Tavana Livardjani