If there is one thing one cannot call the Partei Mensch Umwelt Tierschutz (Man Environment Animal Protection Party), or, by its catchier name, Die Tierschutzpartei, it is inconsistent. The one-track-minded party seems to have taken shape with one thing, and one thing only in mind: making the planet a friendlier place for animals.

The effects of this sort of handling on the human population seem to be, at best, an afterthought.

The party’s program opens, as is to be expected, with a manifesto on the subject of animal suffering at the hands of man, and proceeds to lie out, using all the tools of pathetic rhetoric, the ways in which it fathoms to secure animal rights. But while most people will see, for example, the point of a prohibition of fur or bullfights, the party quickly descends into what can be described as peculiar at best, and loses even the most adamant fur-boycotting reader. 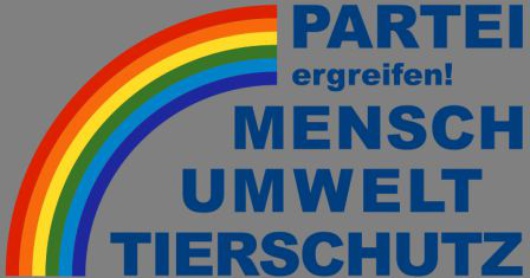 The leitmotif which goes through the program and seems to dictate the entire line of its politics is the move to a vegetarian/vegan lifestyle. Be it health, familiy or energy politics, the solution is one for all: let them eat fruit! And vegetables. But none genetically engineered.

It is not to say that the party has no good ideas. For example, the setting up of prevention departments for domestic violence or help lines for emergency cases for the benefit of the elderly. Or the limitation of school classes to a maximum of 20 pupils. But one has trouble taking such ideas seriously when they come accompanied by suggestions to advocate the "healthy vegetarian nutrition in nursing homes for the elderly".

Unfortunately, when it comes to larger issues, the party seems to be out its sphere altogether. It speaks of fair pension rates, but makes no actual suggestion as to how it plans to achieve them. Its ideas on education and economy revolve again and again around the vegan concept. Of course, there can be nothing wrong with supporting new professions such as ecoological cultivator, vegan cook or technician for solar energy. But when it comes from a party which, a few pages earlier, demands to abolish all animal experiments, regardless whether for cosmetic or medical purposes, force the health insurances to carry the costs of alternative medicine and introduce acupuncture in the universities, one cannot avoid a feeling of oppression.

As a sectorial party, the Tierschutzpartei probably adheres quite loyally to its voters’ base. But unless you plan on attending seminars on the benefits of parenting via vegetarianism, you’re probably safer with someone a little less one-track-minded.